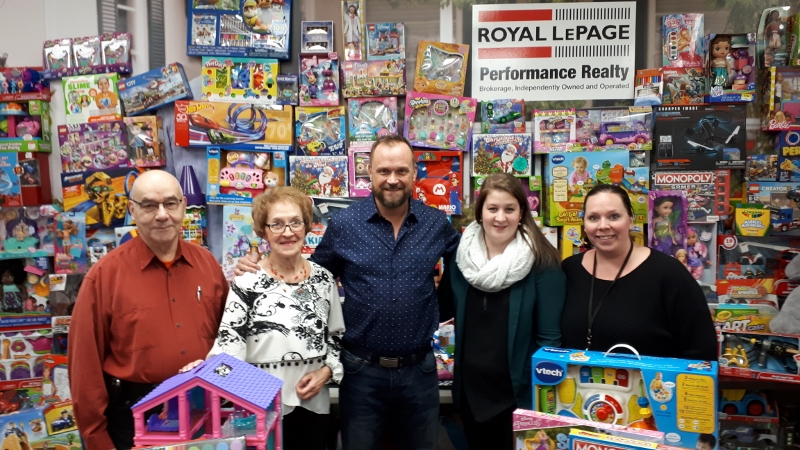 Anyone who walked by the Royal LePage Performance real estate office in the Hawkesbury Centre recently could easily have wondered if broker Steven Levac had switched to the toy business.

For Steven’s Toy Drive, Levac issued a challenge to his more-than 10,000 Facebook followers to donate toys for local children in need this Christmas.

In six days, more than 200 items were stacked up against the office wall and around Levac’s desk.

“It happened magically the first day,” Levac said, when the first 50 toys were donated.

Half of the toys will go to the Optimist Club of Hawkesbury’s toy drive and the other half will be distributed by local child and youth services agency Valoris to its clients.

Levac said he got the idea to have the toy drive and issue the challenge from his real-estate colleagues in other communities who had done the same thing.

He picked up most of the items from the donor’s homes and businesses.  He thanked donors by having their photo taken with him and the toy, which he then shared on Facebook.

Levac said, “It’s kids,” as the simple reason he wanted to help by collecting toys.

He added that he wanted to give back to the community after he won a major national award for top performance as a realtor.

Optimist club secretary Benoît Paré said the toy donations from Steven’s Toy Drive mean the club did not have to buy as many toys for local children this Christmas. 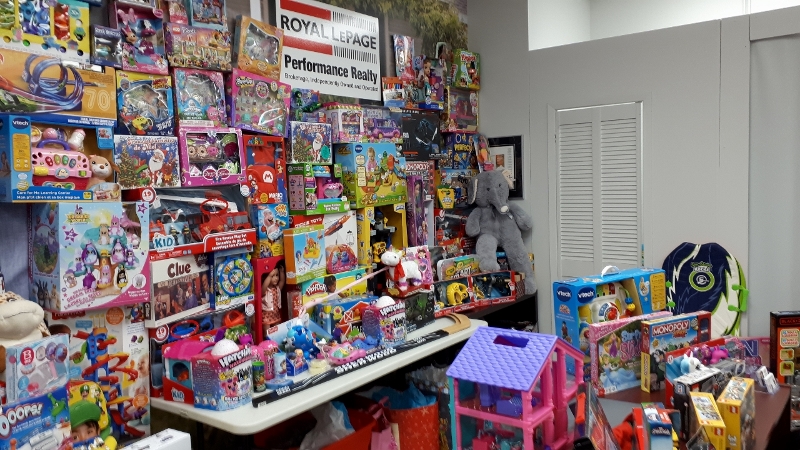 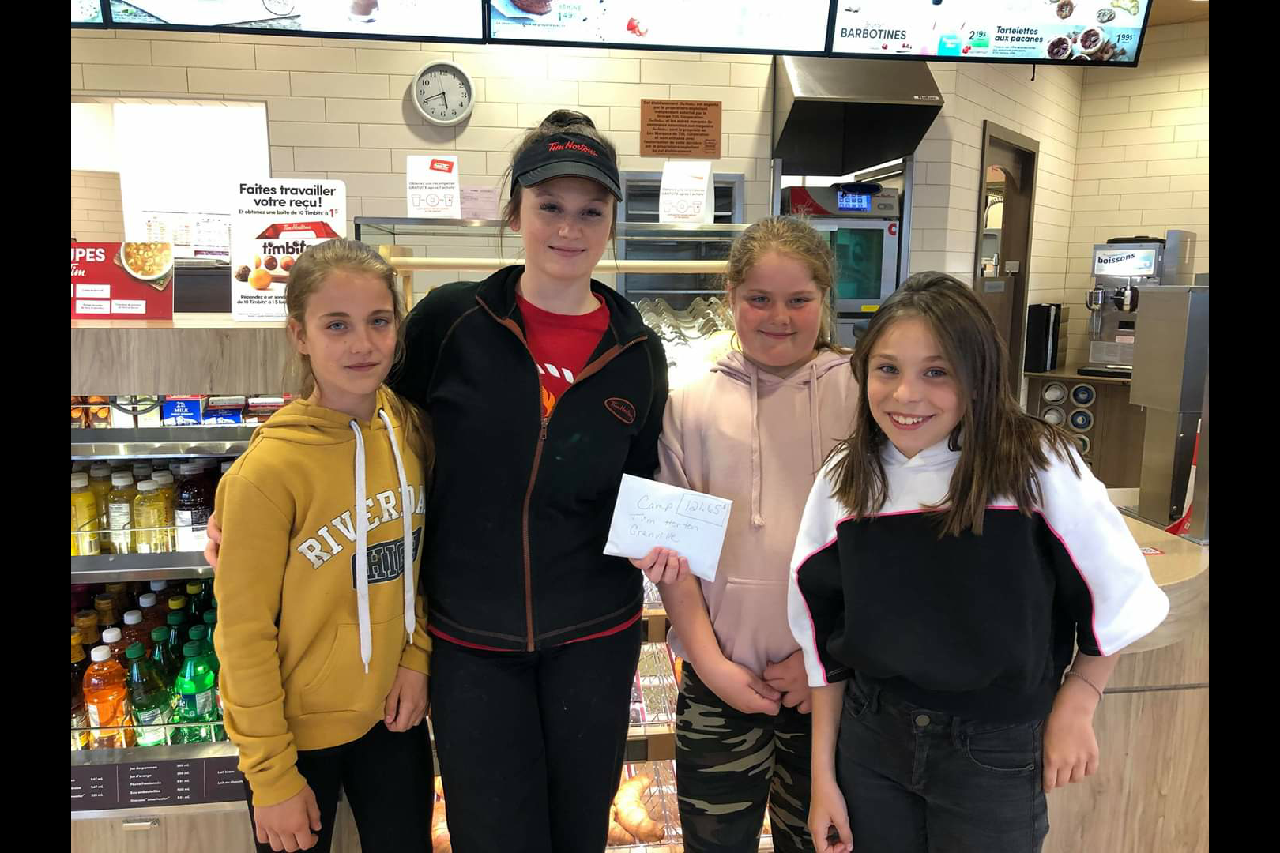