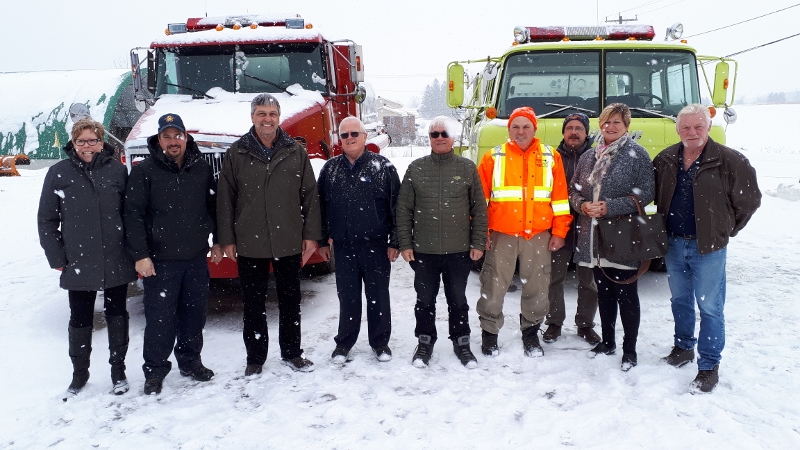 Two Champlain Township fire trucks are retiring in the Dominican Republic, far away from the winter weather they were accustomed to.

The donation was arranged through Firefighters Without Borders Canada (FWBC). It helps fire and other emergency services in other countries where finances do not always make it easy to properly equip responders with the equipment, they need to safely do their jobs.

Christina and Carl Eggiman are the Ontario representatives for FWBC. They have visited the Dominican Republic for 15 years and helped set up a fire department in the popular tourist area of Punta Cana using donated vehicles and equipment from Canada.

Their work with that project led to their involvement with FWBC.

The Champlain fire truck donations were organized when township CAO Paula Knudsen contacted FWBC to see if they were interested in accepting the two surplus vehicles. The 2014-2018 council gave its approval, and the new council that recently took office was also in agreement.

The pumper was manufactured by Thibault on a 1983 Ford “C” series truck, known for their cab-over design. The tanker is on a 1993 Volvo truck.

Carl Eggiman said FWBC provides hoses and uniforms to the fire departments in the countries it assists.

According to Eggiman, 250 Ontario fire departments have contributed surplus assets, which often end up being stored in a government warehouse.

He said municipalities in places like the Dominican Republic do not have the property tax base to support fire departments.

In the Dominican Republic, FWBC started by focusing on coastal areas where Canadian tourists spend the most time, but it has since started equipping inland communities more.

FWBC has also contributed to fire departments in Mexico and Central America.

The fire departments receiving the former Champlain trucks each pay $4,000 towards the shipping costs. The trucks are driven or taken on a flatbed tractor-trailer to the port of Newark, New Jersey, loaded onto a ship, and then transported to the Dominican Republic.