Sit down, relax and feel the breath 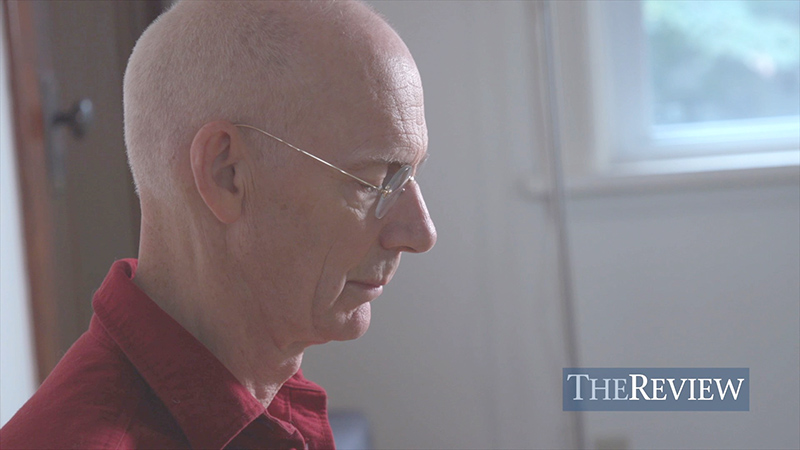 Have you seen zombies walking around town? Their faces six inches away from their mobile devices, ignoring the world around them?
We are all are hyper-connected, yet we cannot seem to find the time to truly connect with ourselves and our surroundings. This reality is especially true with children and teens, which is why ian Hepburn, a practitioner of Zen, has taken upon himself to get children to sit down, relax and feel the breath.

Hepburn, a Vankleek Hill resident, has introduced the mindfulness bell in three schools and over the last few months he has expanded this project to seven different schools, where 1,200 students sit down twice or possibly three times a day and listen to the two-minute mindfulness bell.

“We rarely do sit down and quietly feel the breath and become aware of the totality of ourselves. Mindfulness practice does not mean you empty your mind of all thoughts; it’s not possible to stop thinking. There is a wonderful saying which says, “We can let thoughts come through the front door and out the back door, just don’t invite them for tea.”

“The kids that don’t get it will do so in time; it’s just something that grows on you. The practice eventually manifests itself through relaxation,” said Hepburn.

Hepburn meets children on a daily basis and has noticed that many youth label themselves as losers.

“We need to change the labels we give ourselves. So many kids have that, “I’m a loser” label and it breaks my heart. That needs to be changed because that’s going nowhere that’s good.”

His message to youth is quite simple : you are not losers; you are perfect. He acknowledges that this might sound narcissistic, but he explains the message with an anecdote.

“There was a zen student that saw a Japanese sand garden covered by debris and dead leaves. He spent hours cleaning and raking the garden. His master later came and said the garden was now perfect and then shook the tree which hovered over the garden letting leaves fall all over the pristine sand and rocks. The master then said, “It was perfect then and it’s perfect now.””

“Through the feeling of the breath, we can feel pieces of ourselves which usually we can’t. It’s a way to realize that we are not losers; we are perfect,” concludes Hepburn.