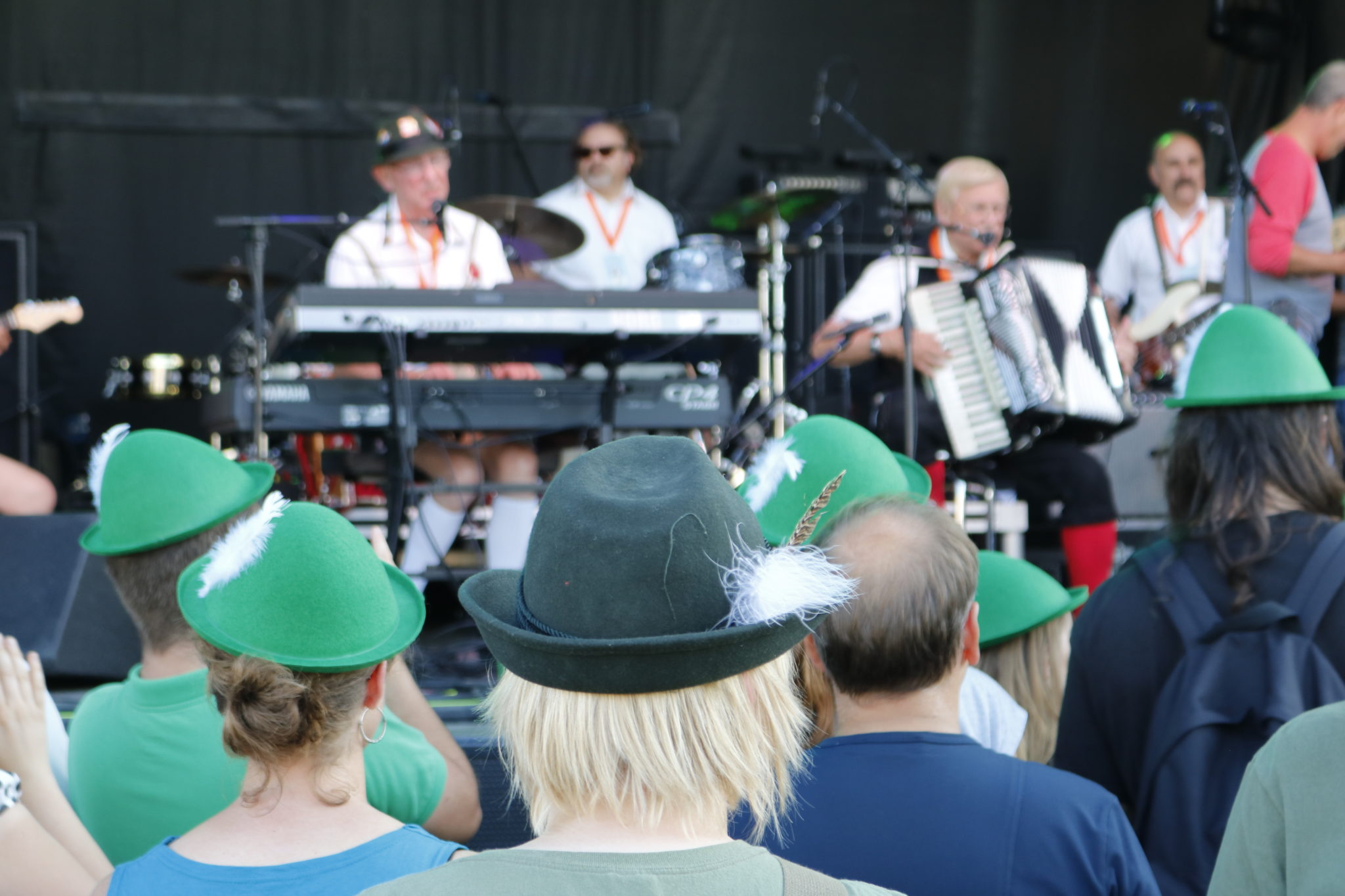 The event kicks off with the traditional Friday night opening parade down Vankleek Hill’s Main Street at 5 p.m. More than 20 vintage tractors are part of the line-up, and this year’s theme is “Fairy Tales” — think Grimm Brothers and all that fun stuff from your childhood! The parade will depart from the Vankleek Hill Community Centre and will head over to Main Street and from there, will make its way down to Oktoberfest. There will be prizes for best decoration and fan favourite! And participants will receive weekend passes to Oktoberfest! Find out more by emailing [email protected]

Beau’s is proud of the do-good, feel-good effect that is at the heart of Beau’s Oktoberfest, the signature fundraising event hosted each fall by the local craft brewery. Coming up on its 10th edition, Beau’s Oktoberfest has already raised more than $615,000 for charity, community, independent arts and global fairness since it launched in 2009.

Last year 20,000 visitors descended upon the village of Vankleek Hill, Ontario to enjoy scores of different craft beers, award-winning Canadian music, and +25 food booths each hosted by a local restaurant, as well as games, beer-themed activities, and family fun. Seems simple enough: show up, have a good time. But the magic of Oktoberfest doesn’t end when the barrels are put away. With money from Beau’s Oktoberfest 2017, kids got after-school homework support and positive mentorship, foodbanks’ shelves were filled, area waterways were cared for, a local hospital got much closer to buying diagnostic equipment, and a refugee family’s costs were covered to come to Canada.

“There are a lot of great beer and music festivals out there, but at the end of the day, many exist to put money in the pockets of their organizers. We believed that we could do better than that, so we did,” says Beauchesne.

The fundraising model for the festival is both complex and interactive; many of the charities or community groups participate directly as volunteers, a needed resource to put the festival on. Others are just naturally resourceful: Ottawa-based group Hidden Harvest brings fruit and nuts gathered from public and private property that otherwise would go to waste, and brings them to local food banks. They came together to build by hand about a dozen Beau’s-themed games, to put on a mini-midway. Each year prizes for the midway are donated by Beau’s and other similarly minded businesses. “Over the past four years, Beau’s has supported our organization in fundraising/earning more than $41,400, which we have leveraged to create more than $150,000 worth of social, environmental, and economic return,” says Hidden Harvest co-founder Jay Garlough.

While much of the fundraising happens at a local level, national and even international organizations have been touched by the goodwill of Beau’s Oktoberfest. The Kidney Foundation of Canada and the Canadian Cancer Society are both past recipients of a $10,000 boost from Beau’s Oktoberfest. In 2013 Beau’s allocated $6,000 USD to lend through Kiva, a microloan not-for-profit organization that lends opportunity funding to individuals and groups around the world. When repaid, loans can go back out to new borrowers. In five years, Beau’s has funded more than 750 loans in 64 countries, turning over the $6,000 it started with into more than $35,000 USD.

The do-good, feel-good party of the year takes place on September 21 and 22 in Vankleek Hill, ON. Tickets are on sale at www.beausoktoberfest.ca.

In the meantime, here are:

10 Cool Things at the 10th Edition of Beau’s Oktoberfest

Fred Penner. The famed children’s entertainer will be on the main stage at Saturday’s opening ceremonies at noon to tap the cask of Beau’s Marzen Oktoberfest Lager. He’ll also be doing a kid’s show at Kinderfest at 1:30 pm before doing his all-ages show on the main stage at 4:30 pm.

Pascale’s Ice Cream. Who says ice cream and beer don’t go together? Pascale Berthiaume has been bringing her handmade-with-Beau’s yummy treats to Oktoberfest for many years. Get the ice cream made with Beau’s when it’s warm, and her beer-infused hot chocolate when it’s chilly.

The Ferris Wheel. Back for a second year, this is a fun tradition borrowed from the original Oktoberfest in Munich. Rides are $5 and support the many local charities and causes. Pro tip: take a picture from the top of the ride!

Craft Haus. Try samples from a wide variety of many great craft breweries from Ontario and Quebec. There are “secret” beers that are tapped here at various times throughout the day. A great way to try something new!

Banana Moloko. This beer was designed by Frank Schneidewind from St. Lazare, who won last year’s Beau’s Oktoberfest homebrew contest. His prize was brewing a beer with Beau’s for this year’s fest! Banana Moloko is brewed with 75 lbs of organic banana puree. Milkshake, or beer?

Bilingual Comedy Show. New for 2018, on Friday night at 8:30 pm you can check out comedians Julien Dionne and Neev, who perform their funny business in a blend of French and English. Presented by Juste Pour Rire Management! Space is limited, 16+, tickets are $10.

The Sausage eating contest. Friday at 5:45, and Saturday at 3:15, on the Activities stage. Competitors will try to eat the most ¼ lb sausages in 10 minutes. Fun Fact: The Beau’s Oktoberfest record is 18.5 sausages!

Beer Cup stacking. When the sun goes down, make sure you check out the big tents to see folks try to stack the biggest pyramids possible of beer cups. It’s all fun and games until a stack goes down.

The Grandstands. Sit for a while and be entertained – this is a licensed area at Beau’s Oktoberfest. Watch men and women compete Friday evening starting at and Saturday afternoon in the keg toss events for height and distance, and the glory of having their name engraved on the Beau’s Cup.

PARKING: Car parking for Beau’s Oktoberfest is at Herb’s Travel Plaza – a free shuttle will run every 15 minutes to and from the grounds. Additional in-town parking has been arranged at St. Gregoire, Knox Church, the Vankleek Hill Community Center, and VCI (Friday evening, and Saturday after the Farmer’s Market is done). Or ride the antique fire truck up from the brewery.

CONSTRUCTION: High Street will be down to one lane only during Beau’s Oktoberfest due to the ongoing construction. A suggested detour to avoid the construction will be marked using Aberdeen, Duval and Main Street West.