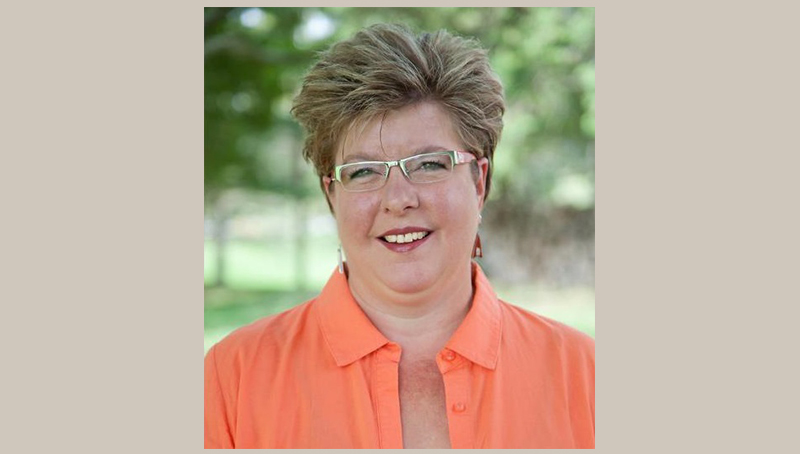 Carma Williams, the Deputy Mayor of the Township of North Glengarry, was elected on October 18 by her peers around the County Council table to sit as Warden in 2022.

There is a certain momentum in the Township of North Glengarry, and Carma Williams says she is seeking the job of Deputy-Mayor to keep that momentum going.

She is able to list the accomplishments which happened during her past eight years on council. In a speech at her recent campaign launch, she mentioned the Community Improvement Plan, the rejuvenation of park spaces, the installation of historical interpretive panels in Mill Square and the Grotto (in Alexandria) and the creation of the Glengarry Routes Heritage Tour.

And the last, but not the least item on her list is the multi-million dollar infrastructure project which is currently underway to provide Maxville residents with a reliable, potable water supply.

Williams says that next on the township’s agenda should be the expansion of the wastewater lagoon system in Alexandria, where development is currently frozen due to the wastewater treatment system being “over capacity” — a situation which has existed for about 30 years, she says.

Williams says that although sometimes, the need for large infrastructure projects like water are controversial, they are needed to open the way for residential growth and business growth.

When it comes to the water project in Maxville, Williams says, “It is not about turning on the tap and seeing water come out. It is about what that means for the future and bringing the potential to Maxville that it did not have before,” she says.

“When there is a situation where people have adapted over the years due to a water shortage, for example, we know they are used to it and things seem fine. But we do need to think about growth. I am not talking about changing North Glengarry into a bustling metropolis. I mean healthy growth and a vibrancy in our population,” says Williams, who points to a 1.4 per cent drop in population according to the 2016 census.

Williams points to Alexandria, which has shown a decline of more than 650 people in 12 years.

“If we can stop this decline, then we are in a position to grow,” notes Williams, who believes that the municipality must assume a leadership role and embrace growth.

“If communities are properly planned, there are a variety of housing options and the possibility of building for different income levels,” says Williams, who adds that “strip development” — or building single-unit, residential homes along the length of rural roads, should be limited.

The counties (Stormont, Dundas and Glengarry) also has to think about development.

“Residential development is so important to the business environment. Small businesses need the population to support them and we need to reinforce that supporting local is important,” Williams says.

Williams says that she admires how Merrickville and Perth have grown over the years.

“I like those communities because they are using assets that already exist. They have strengths and they are capitalizing on them. They have water, history, heritage buildings and all of those attract businesses,” Williams says.

That said, she said she knows that no one is looking for a Giant Tiger in downtown Maxville.

“I think the niche-style business is what will ultimately make our smaller communities thrive. And as businesses open, more businesses will open and if we have the population to support them, that’s a start,” she said. At the same time, she acknowledges the investment made recently by Home Hardware in Maxville.

The internet, mobility and the changing workplace will all factor in to the future for North Glengarry and for all communities, she says.

“So many people do so much of their business just talking on the phone . . . or working from home. We have to have the connectivity. There is nothing worse than hitting dead space when you are having any kind of conversation, but especially when you are trying to talk business,” Williams says. She adds that the Eastern Ontario Wardens Caucus has already made connectivity a priority.

Transportation is another area where Williams acknowledges that there is huge potential. Better commuter service could be possible and it would have to be affordable, she notes. But existing bus lines who are building a ridership are doing the right thing, she says.

It is noteworthy that the busy councillor has continued, albeit part-time in recent year, her work as a “mobile” hair stylist. When she trained years ago as a hairstylist, looking to find a career niche for herself locally, she realized that there was a big demand for a mobile service. And she has been operating an exclusively mobile hair stylist service ever since.

One thing Williams has learned during her years following local politics and more recently, as a councillor, is that it takes a while to understand how a municipality functions and how to effect change.

“It’s slow,” she says with a smile. “It takes a while to see the results. But I feel like so much of what we have been working on with council has come to fruition and this is the momentum that I am referring to.”

Why is she running for deputy-mayor?

“Well, it’s certainly not to make a mess of things. I think people run for political office for noble reasons. It’s really about serving the people and serving them well. I’m no different,” Williams says.

Her advice for candidates seeking office for the first time?

“Stay focused, be diligent and never lose sight of what you’re trying to accomplish. The best part is when you get to see things happening,” says Williams.

Williams says that the example of community service and getting involved is one that she learned at home, from her parents, Blair and Jean Williams.