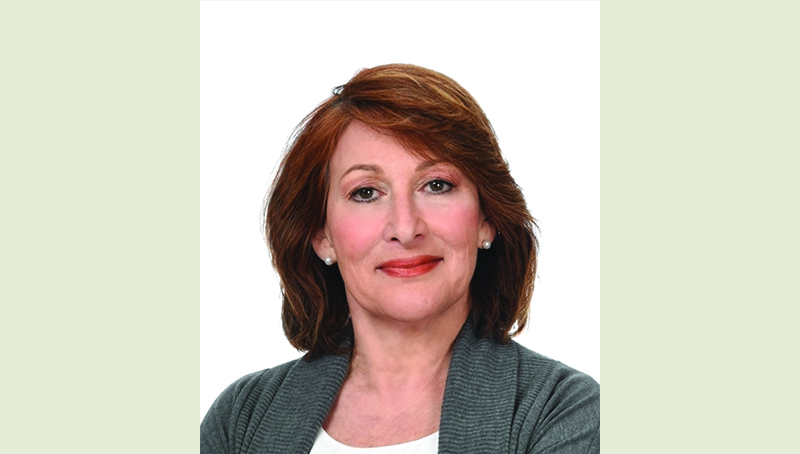 The 2018 Hawkesbury municipal election is shaping up to be a memorable one. This time around, 18 candidates are on the list, with three competing for the mayor’s seat.

The first to officially declare her candidacy was Paula Assaly, back in March 2018.

Now, five months later, Assaly is still very much driven by her goal. It’s clear that a lot of thought went into her platform and overall candidacy, with Assaly having lots to say on every topic.

“For me, a lot has changed over the last six years. Community organizing, participating in consultations at the municipal and county levels; being involved and realizing all the challenges many faced made me want to get involved even more,” stated Assaly.

Assaly does indeed possess a long list of endeavours she would like to see through. For her, the choice to run became even more real when she realized that she had the support of many in terms of vision and projects.

“For a very long time, I’ve seen our town’s potential and say to myself: ‘We can do better’. For more than 40 years I’ve heard people say that ‘our town’s got so much potential’. The problem is, after ‘potential’, there’s silence that lasts decades. We say it, then nothing happens. I’ve had enough of that.”

Anyone who’s seen Assaly’s campaign documentation knows what her main goals for the town are. However, it all needs to start somewhere – with revenue.

“We first need to understand ‘where Hawkesbury is’, right now. What we need is new revenue. If we can’t get any, we won’t be able to move forward. Things have been stagnant for long enough. The key is economic development and tourism, but for that, we first need to increase our funding requests; grants, subsidies. That’s the first step in dealing with the issues citizens have brought forward.”

Assaly is quite aware of the polarizing effect the term “economic development” has. For many, these are words that look good on paper, but often amount to unclear results.

“Let me put it in context through a clear example of a missed opportunity by the Town of Hawkesbury. It makes a lot of people, myself included, sad and angry when we look at the two apartment buildings built on Grenville’s riverfront. They are a reminder that Hawkesbury lost an opportunity and the revenue attached to it. Sixty per cent of the people who live in these buildings are from Hawkesbury. It’s our loss and their gain. Don’t listen to candidates who try to instil fear of development in you. Without it, there will be no revenue, no growth and no jobs.”

Assaly has been busy listening to residents and their issues. Even before the start of her campaign, she had on hand a tangible list that laid the groundwork of her political platform.

The issues, according to Assaly, are a declining downtown core, a neglected environment including the riverfront, a negative reputation and lack of transparency at the town hall.

“I think that this transparency issue is caused by lack of communication between council and the residents. Without active participation in council meetings, it’s very hard to obtain tangible information on what’s really going on. Even by reading the council meeting minutes, it can be hard to really understand a topic. I’ve read every single meeting minute document from 2005 to 2018 and summarized it in 67 pages. I have a lot of questions.”

One of Assaly’s solutions would be recurring, dedicated newspaper column on what’s going on at council, as well as online publications on the matter. Another would be recurring assemblies, where any concerned citizen would have a chance to address council and other residents in a respectful and open context; an assembly that would serve as a reality check for both citizens and politicians.

Many citizens don’t express interest in local politics and, in turn, local politics, while open to all, doesn’t generate enthusiasm from the populace. One of Assaly’s goals is to change that by first opening up communication from the side of council.

“Not everyone has time to attend council and committee meetings. We mustn’t forget that citizens are Hawkesbury’s true ambassadors. For them to proudly represent the town, they need to be well-informed. You can’t properly build a town on rumours,” added Assaly.

Locally, Assaly has been working on the cultural front and wants more for the Chenail area. While art and culture are always a source of local pride anywhere, they are also counted among important sources of tourism.

“There is no reason for the Chenail island not to have a boardwalk similar to that of Sainte-Anne-de-Bellevue. We could even establish a beach at Confederation Park. Two plans have already been made by professionals for the development of Chenail island as a tourist destination. The waterfront must be accessible to everyone. There are grants out there that are available.”

Assaly is also counted among those that would like to see Hamilton island become a source of local pride. One of her ideas involves an open contest where plans for the island could be submitted.

“There’s also the issue of the downtown core. Main Street needs a new mission. The BIA has been working to bring about change, but they haven’t been able to turn that into reality.”

According to Assaly, she and the BIA were told that major infrastructure work probably needed to be done on Main Street before the possibility of major and imminent reinvention was even considered.

“No one could tell us when and where it would happen, so it’s hard for the BIA and everyone involved to make plans because we don’t know what the town is planning. I can’t help but wonder if even the town knows. Without open communication, plans can’t become reality.”

From the downtown core to tourism, from economic development to political transparency, Assaly’s vision for new initiatives for Hawkesbury is a mainstay of her election platform.

“If citizens want change, they need to vote. Vote for change. Every four years, everyone has the chance to easily take action. I have many projects that are profitable for the community, but if residents don’t vote in October, I can’t do as much. I know it’s easy to succumb to cynicism in politics. However, municipal politics are what affects us the most, it touches us directly and, ironically, it’s where participation is at its lowest. This time around, 18 candidates are ready to undertake massive challenges for the town. There’s clearly interest and the population should, in turn, show as much interest.”