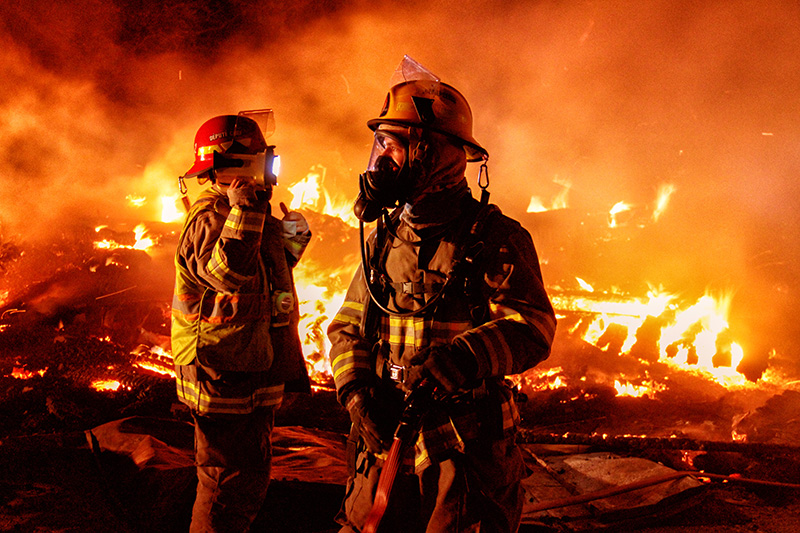 A fire which broke out at about midnight on July 5 in an abandoned house at 875 Concession 9, in East Hawkesbury completely destroyed the building.

By the time firefighters arrived, the building had collapsed, said East Hawkesbury Fire Chief Dominic Normand. It is likely impossible to determine the cause at this point, said Normand, noting that there was not even electrical service to the two-store house.

Normand said that if suspicious activity has been noted by neighbours in the vicinity, they should contact the Township of East Hawkesbury at 613-674-2170 or the Ontario Provincial Police. 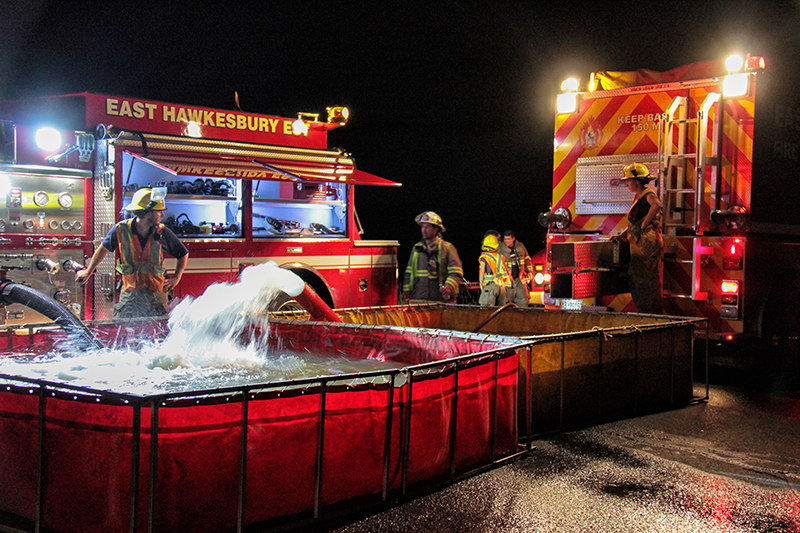 Firefighters were using a surface reservoir to extinguish a midnight fire near Ste-Anne-de-Prescott on July 6. Photo: Stephane Brunet