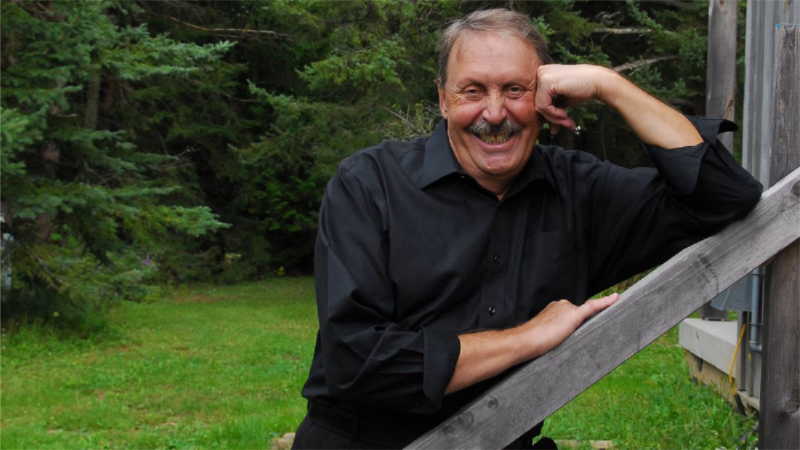 A true canadian singer-songwriter, Ottawa-born Wayne Rostad has had a long love affaire with the area. On July 7th, he’ll be taking the stage at the Food Bank Jamboree… And he’s looking forward to it! (Submitted photo)

“I’m looking forward to finding out how everybody’s been, what they’ve been doing and what’s new in Vankleek Hill,” said an enthusiastic Wayne Rostad from his coastal getaway home in Nova Scotia.

Indeed, the Ottawa native son seems to be looking forward to July 7th Food Bank Jamboree just as much as anyone.

“I’ve been playing in Vankleek Hill for years! I’ve played the fair two or three times and was always blessed with an audience with a great sense of humour; a combination of rural audience with a very hip culture. I heard it’s still like that, so it seems they found a formula that makes the town and community work. It’s fun!”

Those present at the Jamboree are definitely in for a treat, since Rostad is a performer who believes that entertainment is a two-way street. Anyone wishing to see a great show need only bring their positive energy!

“There’s a down-to-earth feel to those concerts. They’re up close. It’s a real musical communion! I’ll be sharing humour, experiences and the audience will get to sing songs with me. The importance in my entertainment life has always been to have a communion with my audience.”

The seventh edition of the fundraiser Jamboree for the Vankleek Hill Food Bank is taking place on Saturday, July 7, 2018, from 2pm to 11pm.

Advance tickets for the event are $12 per person and are on sale at The Review, The Windsor Tavern and at Depanneur Lalande in Vankleek Hill. Tickets at the door will cost $15 per person. To see the full entertainment line-up, including the Alleykatts, 50 Proof, the Stray Dogs and the Country Boyz, find the event on Facebook.