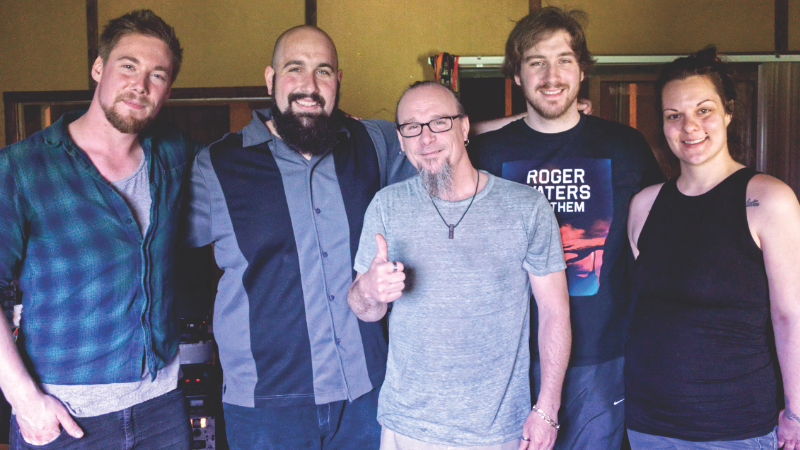 With the assistance of studio owner Mike Séguin-Lavigne, Rude Mood has recorded a collection of nine energy-filled, delicious rock tracks.

“Back when we first started, we mostly played blues covers. These days, we can’t really call ourselves a blues band,” said Léandre Desrosiers-Ménard, Rude Mood’s lead singer and rhythm guitar.

“These days, we’re all about good ol’ heavy rock ’n’ roll that shakes things up!”

Even though this is the band’s second foray into studio recording, their experience at B-Hive will produce their first original album.

“We’ve been working on it for a year and a half,” said bassist Marie-Pier Titley. “Working with Mike at B-Hive has been great. He’s very patient. It’s so relaxed!” 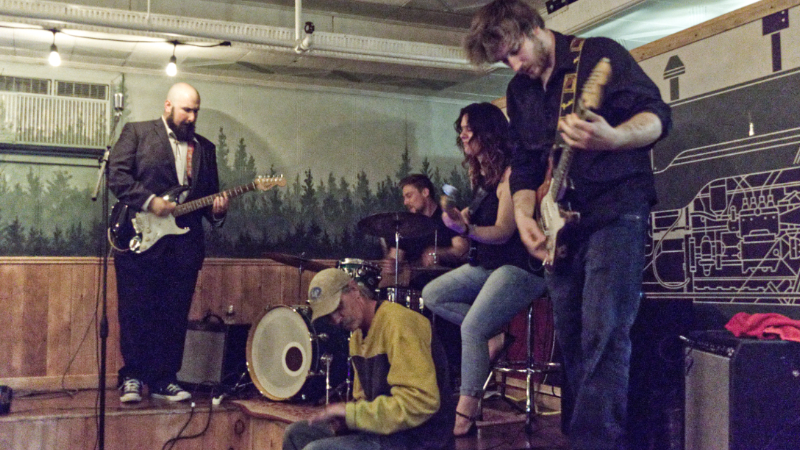 Rude Mood playing a gig at Vankleek Hill’s Windsor Tavern before their weekend of recording. One spectator joined the band with a pair of spoons during the cover of “Another Brick in the Wall Pt. 2”. (Photo credit: Cedrik Bertrand)

While the atmosphere in the studio was indeed relaxed, the album promises to be quite the rocker, with heavy, instant classics that are sure to please fans of any legendary great heavy rock ’n’ outfit.

“We don’t really think of Rude Mood and our songs as having a ‘style’,” said drummer Will Laurin. “We shoot each other ideas and develop them. Whatever comes out is what it is. We don’t force anything into a category.”

“Everything is vintage,” adds lead guitarist Jessy Laughren. “It’s rock that comes from the heart. It’s as fun to play as it is to hear.”

Rock fans, be advised: This album will be one to watch out for.