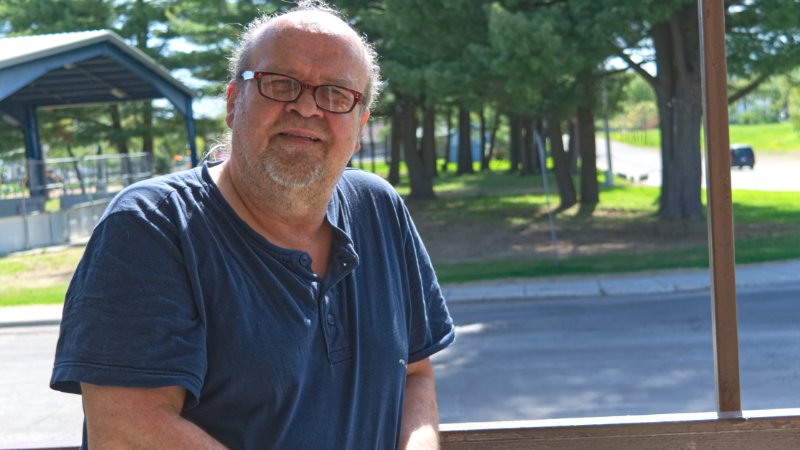 Blues-rock duo The Beaucoup Brothers have a brand new album out, called Tracks.

Recorded in Vankleek Hill’s B-Hive Studios, the album features 11 tracks, two of which are sung in French.

Fans of part-clean, part-dirty blues heavy blue will find a lot to like here, the record having a great production complete with in-your-face drums and guitar, groovy bass and touching stories told through classic blues vocals.

Being veterans in the music world, The Beaucoup Brothers clearly have many fans within the industry, the album featuring many collaborations from great artists like Mitchell Pilon, Brian Monty, Pat Lanthier, Ken Dodd and Stéphane Desrape. Even engineer Mike Séguin-Lavigne picked up the bass for one track.

These days, The Beaucoup Brothers are formed by Jacques Paquette (drums and vocals) and Rick Bélanger (guitar, bass and vocals) with Constant Lalonde assisting on songwriting.

Once this step was done, the band took its time recording overdubs, mixing and mastering the record.

“We’re kind of obsessed. I was looking for something specific during mastering. For me, drums and guitars need to be at the forefront without overwhelming vocals. We wanted to have our very own sound. Mike also had great ideas; he did the final mix,” said Paquette.

The songs were written by the duo, with one credited to Bélanger and Lalonde. Another, “Cajun Walk”, was written by Paquette and his children, Marie-Pier and Julien.

“The songs are mostly fictional stories. Take “Took the Train”, for example. I was sitting at home thinking of all the music I’d created and starting wondering: ‘Jacques, image yourself sitting on a train to St-Louis, visiting your girl… And an old guy approaches you, saying you got the look of a blues man.’ This old guy then offers me the opportunity to play the blues around the world. All he says is: ‘sign here’. Obviously, all it brings is trouble. Nothing is that easy,” reminisced Paquette. 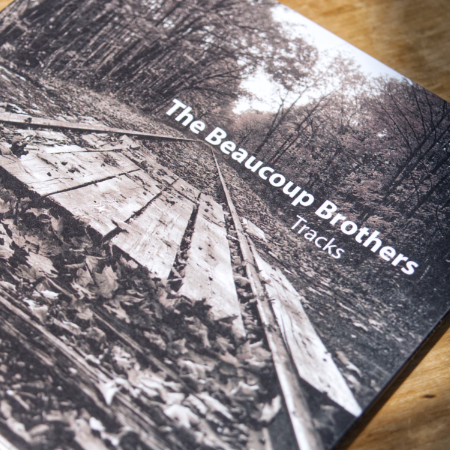 “Tracks” was produced by Julien Paquette and Mike Séguin-Lavigne and recorded at Vankleek Hill’s B-Hive Studios. The album was designed by Elevate Communications.

How The Beaucoup Brothers came to be is a story in itself.

“It started with Ron Bankley and I,” said Paquette.

“We were coming back from New Brunswick after a gig. We couldn’t believe how many signs there were with the name ‘Laurin’ on them. Ron, with his anglophone accent, looks at me and says, in French : ‘y’a beaucoup de Laurin icitte, Jacques!’. That’s how it started. We thought we should call ourselves The Beaucoup Brothers,” said Paquette.

Nowadays, Paquette – a Vankleek Hill native – is enjoying retirement in Lachute, visiting the world of music at his leisure.

Paquette has another album in the works and for him, the direction is already clear.

“I want it to be simple, traditional blues. More feeling. No click track. I hear some older albums with all their imperfections and… It’s beautiful.”

New, old and future fans of The Beaucoup Brothers are in luck: the band will be playing Vankleek Hill’s Windsor Tavern on the evening of June 2, 2018. The opening act for the band will be McCarthy Road, with Luc Groulx and Julien Paquette. Joining The Beaucoup Brothers that evening will be Richard Bélanger on guitar, Constant Lalonde on bass and Jim Norcross on organ.