A passion for Catholic education 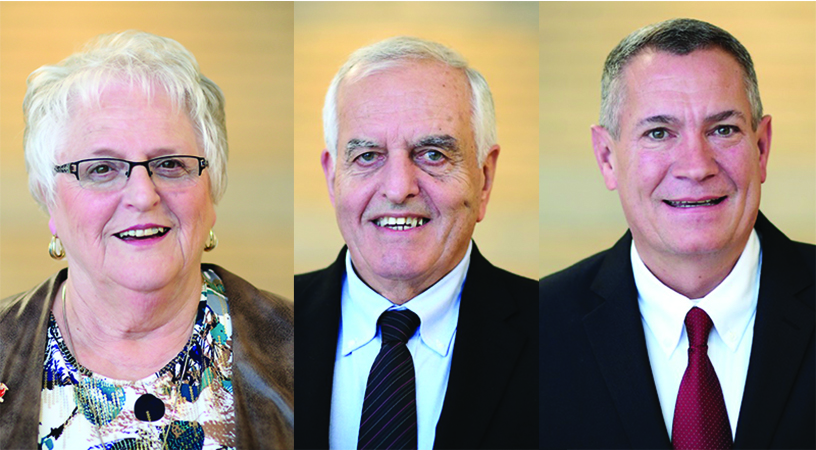 Three trustees from our region have been working behind the scenes at the Catholic District School Board of Eastern Ontario: Sue Wilson, Ron Eamer and Todd Lalonde.

Although they all bring different perspectives, it’s a role that they unanimously take seriously.

Ron Eamer was originally elected in September 1981 and confirmed that he will be seeking re-election this fall. He is currently the board’s vice chair. Like Lalonde, who is chair of the board, he represents Glengarry and Cornwall and likens his job to a connector.

“The trustee certainly acts as a link between the electorate, parents and the system itself. Trustees know their communities, know the needs in their communities and they work to monitor and fulfill those needs,” said Eamer.

Lalonde agrees when he talks about what the role involves. “We’re here to be a resource and help parents navigate the education system and make sure their children have the best possible education they can get.”

Sue Wilson is the trustee for Prescott County and Russell County. She says she is seriously considering running again. Her passion for Catholic education was ignited when her own kids were involved in school.

“It’s the primary role of a parent to educate your children. I used to go to their school every day to volunteer.”

All agree that trustees are primarily focused on governance, not micro-management, and that often it comes down to offering new programs and services while managing to a finite budget. The board’s role is to help navigate that process.

Advocacy is also an important aspect, especially for rural areas, and Lalonde has the added insight of working at both the local and provincial levels through a role on the Ontario Catholic School Trustees’ Association.

“Rural areas and smaller urban areas are very different when it comes to education. Not based on curriculum, but on needs like transportation. In Toronto, someone can look out the window from Queen’s Park and say ‘well, there’s no reason a child can’t walk a little farther’. But when you get into rural Ontario it makes a big difference and it’s a safety concern,” explained Lalonde.

As for the hours devoted to the role of trustee, all agree it’s a significant commitment, but worth every minute.

“The role is a major time commitment and it is quite a responsibility. On the other hand, the time is very fulfilling, especially when you see the success students are having,” said Eamer.

“For a trustee, you have to be able to listen and you have to be passionate about what you’re doing. If a parent needs me, I’m here to work with the parent and deal with the concerns,” said Wilson. “My greatest pleasure is when I get invited into schools, or into school council meetings, and see the success of these students. It really is my greatest joy.”

Lalonde, long-interested in local politics, is still mulling another run this fall. Although he still loves the role after 12 years, he wants to encourage others to get involved locally and consider running for positions, including Trustee.

“I encourage people to run because that is what creates a good democracy.”