Hawks’ season is over after losing series to Carleton Place Canadians 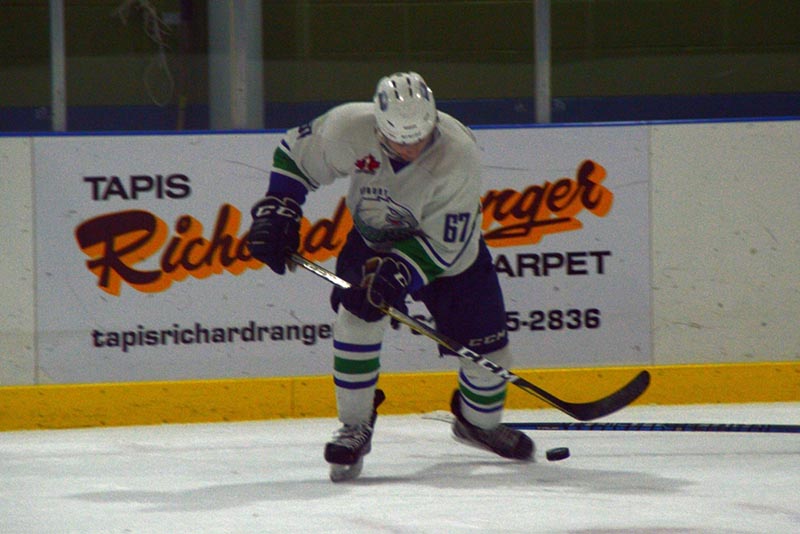 The last goal of the 2017-18 Hawkesbury Junior “A” was scored by Tyler Boivin early in the second period. Boivin received the third star of the game.

On Wednesday April 4, the Hawkesbury Hawks’ Junior “A” received the Carleton Place Canadians at the Robert Hartley Complex for CCHL semi-final playoffs game number 4. The local team defensemen and goalie were busy as Carleton Place shot at the net 37 times during the game.

The game’s first goal happened with only two seconds remaining in the first period as Theocharidis opened the scoring for the Canadians with a goal at 19:58 with a helper from Knoblauch.

The Hawks’ answer came at 3:53 of the second period as Tyler Boivin scored assisted from his line mates, Gasuik and Craig.

But the local team didn’t have much time to breathe as the Carleton Place Canadians scored what ended up being the winning goal less than 90 seconds after Boivin’s goal.

The Hawkesbury Hawks never gave up but Carleton Place swept the series in four straight games. In this semi-final series, the Hawks only scored six times while their rivals put the puck in the net 16 times.

Text and pictures by Sylvain Lauwers 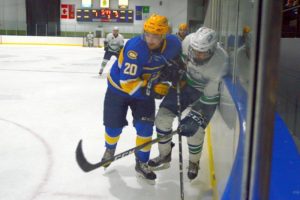 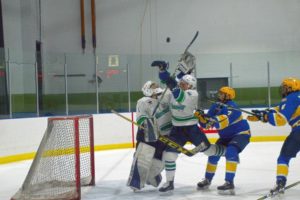 Hawkesbury’s goalie Matthew Petizian made some awesome saves in front of his net, but it wasn’t enough to provide the victory to the Hawks.