Council member Daniel Lalonde not returning for a second term 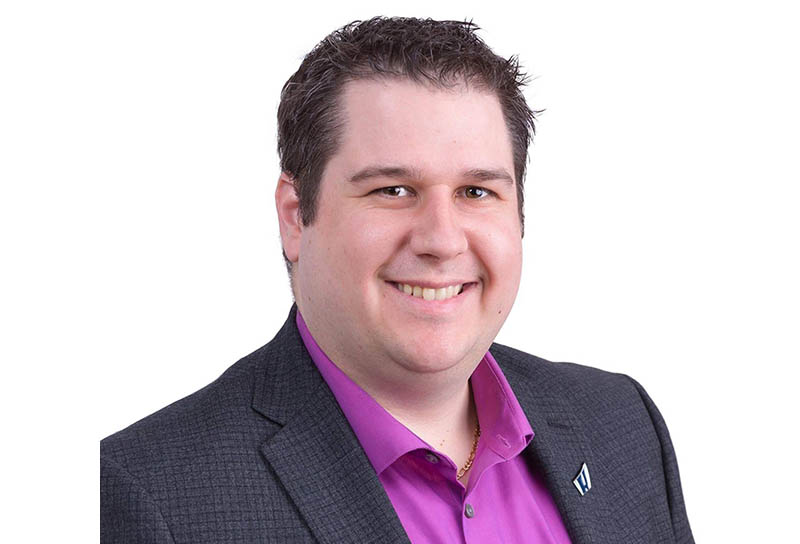 Anyone who’s spent more than five minutes chatting with Hawkesbury council member Daniel Lalonde knows that he is a born politician.

His love of politics is one born of passion and genuine interest in his community, which explains the mixed feelings Lalonde had when confirming that he would not be returning for a second term.

“I always believed that the best way to bring about change is through politics,” said Lalonde.

Back when he was elected, Lalonde’s goal was indeed to bring change and his mind was set on certain key issues.

“It was imperative for me to modernize the town’s approach and service offering in terms of recreation. I believe we’ve succeeded.”

Since the start of his term in 2014, the town acquired much-needed presence on social media; its promotion has evolved past a simple three-coloured pamphlet and attendance at the Robert Hartley Sports Complex has increased.

“One of the first things we did was fill the role of Recreation, Culture and Community Life Manager by hiring Nicole Trudeau. I’m very proud of what she accomplished. We have a stronger presence on social media and the quality of our programs has improved.”

Council member Lalonde is oft-associated with the Robert Hartley Sports Complex, citing the example of the multi-functional room as a great achievement.

“It all began with talks of opening the second ice rink. For me, it was obvious that one ice rink was sufficient for Hawkesbury. I had a few things in mind, but when Gerry [Dicaire] suggested what would become the multi-functional room, I couldn’t help but agree.”

Lalonde’s marked interest in recreation doesn’t only stem from community engagement, but from the will to offer the tangible to taxpayers.

“Taxes are high in Hawkesbury. Leisure and recreation are services that people can easily take advantage of. It’s not money that vanishes in administration or salaries. People can go and enjoy the multi-functional room. We created a useful space for all.”

As for taxation, Lalonde reiterates that Hawkesbury is between a rock and a hard place.

“The municipality is big enough to justify having many services, but we’re small enough for it to be expensive. In my first year [on council], we lowered the taxes by 2%, if I remember correctly. Since then, taxation has remained the same.”

Lalonde also stated that he would be pushing for the same in the 2018 budget. For him, this seems feasible since council removed approximately $400,000 in salaries from city hall a few years back.

“I still believe Hawkesbury needs a CAO. Nonetheless, such a massive salary cut allows us to keep the taxation rate steady.”

No second term… For now

When asked why he wouldn’t be coming back for a second term, Lalonde stated that the main reasons were “family and time”.

“I’d love to come back one day. I love being involved in politics. However, my career plan progressed quicker than I thought it would and I became school principal sooner than expected. I have two kids, a one-year-old and a four-year-old. My wife is extraordinary for having supported me for four years. I spent a lot of evenings away from home. I do intend on coming back… one day.”

Lalonde ended the interview with a message for residents.

“Stay informed. Things may seem simple sometimes, but get all the facts. Then, you can question and criticize. Don’t be afraid to ask why.”