45 firefighters at scene of Levac Propane fire; cause remains unknown 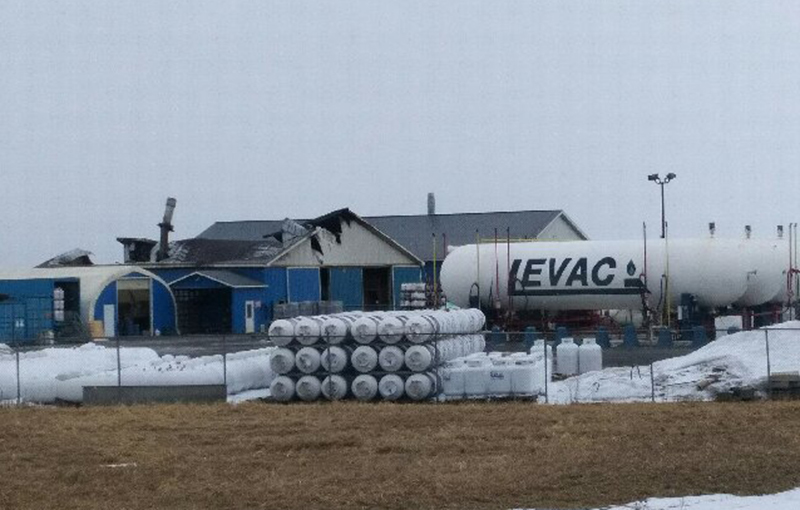 This was the aftermath of a fire at Levac Propane in St-Isidore, which more than three dozen firefighters attended on Tuesday evening, March 6. Fortunately, the fire was brought under control.

The cause of a fire which broke out at Levac Propane in St-Isidore at around 6 p.m. on Tuesday evening, March 6, 2018 remains unknown. 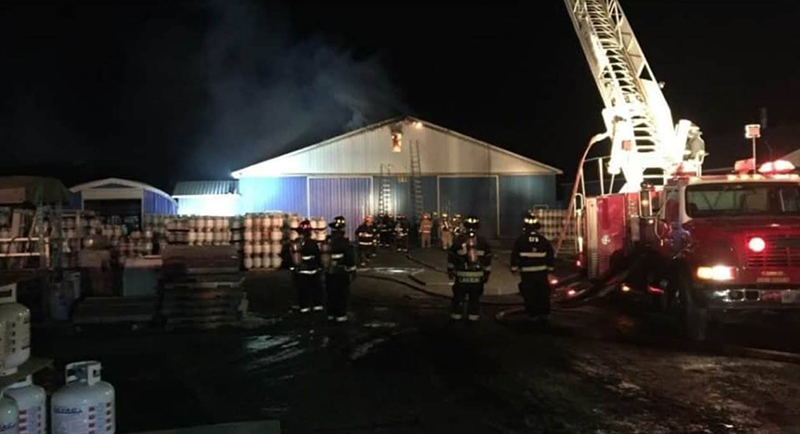 According to The Nation Fire Chief Tobias Hovey, the fire was in the tank-refurbishing building and with the coordinated efforts of three of The Nation’s fire stations (St-Isidore, Fournier and St-Bernardin) and also with the assistance of the Casselman fire department, the fire was contained to primarily the attic area of the building.

Throughout the fire, The Nation’s two remaining stations (St-Albert and Limoges) supported the call by relocating trucks for coverage and supplying extra equipment and refreshments to assist in controlling this fire.

At the peak of the fire, 45 firefighters were on scene and three pumper trucks, one ladder truck and two rescue trucks were on hand to combat the fire, Hovey said.

“We are fortunate that at this location we have installed a water source in an unused quarry for water supply and were able to run high volume hoses to supply the trucks to combat the fire,” Hovey related, adding, “There were no injuries during or because of this fire. Workers had already left for the day and it was a couple of the office staff who saw sparks coming out of the roof of the building who called 911.”

The fire was under control approximately two hours after the original call.

On Wednesday, firefighters finished up at the scene at about 6 p.m.

“As expected in this type of fire, we were not able to find the cause of the fire but are confident that it did start in the truss or attic area of the building,” said Hovey in an email on Thursday morning.

The firefighters did leave a fire watch on the building overnight on Tuesday into Wednesday for two reasons; in case there was a flare-up of fire that they were not able to see under tin or in walls (which happened twice overnight) and also to keep the continuity of the scene so they could return in the daylight and investigate the fire, Hovey said.

There were no explosions or venting of propane tanks during the fighting of the fire.

A section of St-Catherine Street in St-Isidore was closed as a precaution for public safety during the fire.

The road was later reopened for traffic.