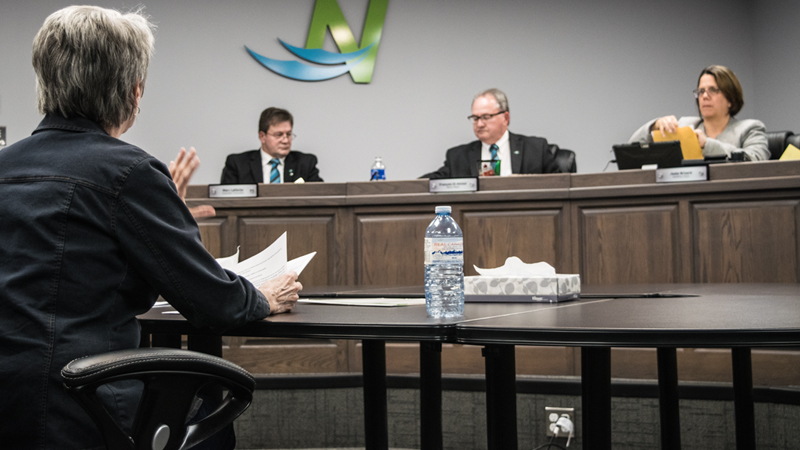 What started off as a simple council meeting at La Nation Town Hall ended up being an emotional journey for many. The question of whether or not to move forward with procedures concerning the designation of St. Bernard church as a heritage site was on the agenda and the plea from the Fournier delegation soon gave way to a heated debate.

Controversy is often fueled by passion; a passion that was demonstrated by both the delegation and the council.

Each council member took a turn to speak and all had much to say. When it was all said and done, tensions ran high and the recorded vote was tied, leaving Mayor François St. Amour with the responsibility of deciding yay or nay.

“We must be realistic. Like it or not, the future of the parish is in the hands of the diocese. The members of St. Bernard parish must now prove that they can take care of their church. If they cannot, all this will fall apart.”

Mayor St. Amour stated that both the parish and the diocese had a “way to go”, a statement inspired by tactics he considered aggressive used by both sides.

In the end, his decision was based on the following:

“You have before you an opportunity: five years that can be used to talk to each other. Both sides are missing information and yelling won’t solve anything. Affairs of church and state should remain separate. With the help of a mediator, I encourage you to start negotiations with the diocese. If, in two or three years, nothing is working, we’ll discuss the issue once more. But you must try. I refuse to believe you are not simply willing to sit down and talk.”

In the end, the heritage designation request was revoked.