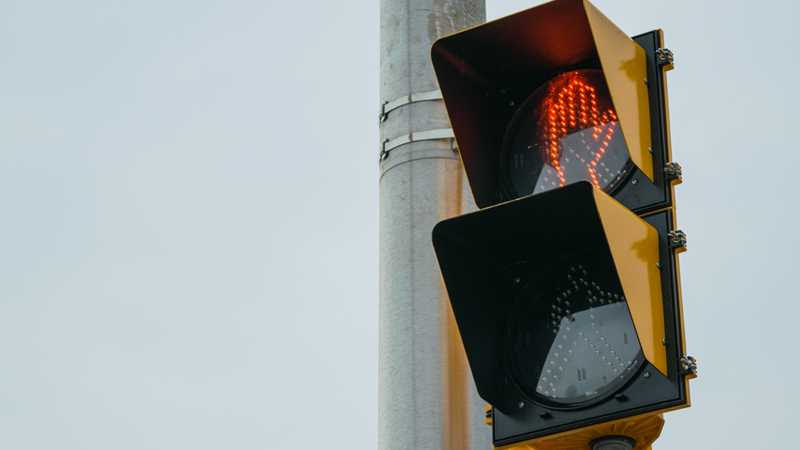 Hawkesbury has recently spent $ 55,000 on studies aimed at analyzing the traffic situation, intersection configurations and traffic light condition, hoping to bring their systems up to speed in the 21st century. Photo credit: Cedrik Bertrand

In an effort to better manage traffic, the Town of Hawkesbury has recently spent money on studies aimed at analyzing the traffic situation, intersection configurations and traffic light conditions.

Like many towns and cities, Hawkesbury’s landscape has changed a great deal in the past decades and traffic flow has changed along with it. What might have been a quiet intersection 20 years ago could, today, be a busy traffic hub.

The Town of Hawkesbury’s Project Manager, Guillaume Boudrias, shared some interesting information based on the recent study’s results.

“First off, many intersections’ traffic lights have had issues for years. When a problem does arise, it can stick around for months! Take McGill and Spence Streets. We’ve ended up with flashing traffic lights for months at that intersection, usually caused by a thunderstorm. While this does happen from time to time, the problem for us is finding the parts to fix them. Some of those setups are over 20 years old.”

While the studies did tackle the state of Hawkesbury’s traffic lights, it also analyzed the flow of traffic and road configuration.

“The study had two phases. Phase 1 analyzed the changes in traffic flow. For example, back when PPG, Amoco and Duplate were operating, traffic at the Spence-Cameron intersection behaved quite differently. These days, since Highway 50 was completed, traffic has seen a major change downtown. This part of the study helps us learn what we need to know before spending money on traffic lights.”

The study graded the level of service for every intersection with a rating system based on the amounts of cars that pass through and the time they spend waiting. An “A”, for instance, would mean that cars spend 10 seconds or less at that intersection.

The “Es” Boudrais referred to are the William-Main East intersection, due to synchronization issues with the light at John-Main East, the other “E”. An issue that will easily be addressed, according to Boudrias.

“We made projections up to 2035. This allows us to detect patterns and make good long-term decisions and investments. A few recommendations also came out of all this,” stated Boudrias.

These recommendations include adding extra turning lanes where required and increasing the length of car storage lanes at busy intersections.

The study was conducted by two Ottawa-based entities: Novatech Engineering Consultants and Partham Traffic Engineering. The final price tag for the study was $55,000.

The next step will be updating the town’s traffic lights, bringing them up to speed in terms of efficiency, technology and accessibility.

The goal is to replace the traffic light system for a total of seven intersections over a set number of years. Currently, the cost for replacing all seven systems is evaluated at approximately $ 900,000.