What our past lives can tell us if we listen: author 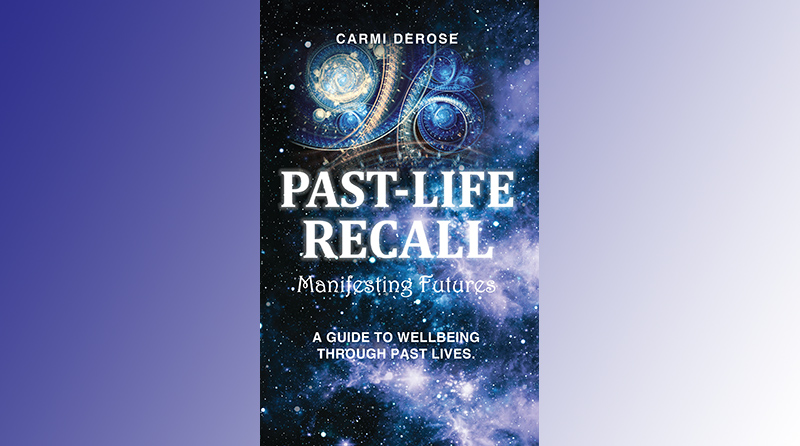 Most of us have had this feeling: that notion that something is familiar in what might be an unsettling way. You feel that you have already had this conversation. Or you are visiting somewhere and you feel as if you have been there before.

Why do you have an affinity for certain foods, hobbies or skills? These things which seem beyond understanding — may be understood, if people are open to that which they cannot necessarily see.

Carmi DeRose (a nom de plume) says she has known since childhood that life is deeper than what one sees on the surface. She says that she has always heard things and seen things that others around her did not. And none of that scared her.

The years passed and DeRose said that her sensitivity to people’s feelings and emotions only grew.

“I came to see that we were on a journey in this life and that there had been many other journeys before this life,” says DeRose. When we die, we leave behind our corporal presence, and return to a space, or light, of immortality.

We are not separate beings, but all part of a spiritual entity, or whole.

DeRose says that talking about being part of the energetic “whole”, spirituality and her firm belief that understanding our past lives can be illuminating to how we are living in this lifetime, are often ridiculed. Often, people are afraid of these ideas, she says, because of the belief systems that have become entrenched over the past centuries.

But even if some religious beliefs or societal mores have made us push some of these ideas to the back of our minds, DeRose says that with the coming of the information age, people’s minds are opening to the possibility of there being something more.

Last year, DeRose published a book called, “Past-Life Recall – Manifesting Futures” which she considers a gateway for people who want to explore their spirituality and connection to past lives.

“I think people are looking for answers and for sure, the internet has played a role in this. People are really searching. And what people are discovering is nothing new. Many of these teachings and practices have been around for centuries: healing energy, meridians, past lives . . . one has only to read and learn,” DeRose says.

For some, it is simply overcoming belief systems that is a challenge while for others, there is fear. But still, DeRose says that people are becoming more receptive to new ideas.

There is a spiritual energy which resides in all of us, DeRose believes. It is often as we near the end of our life that we begin to ask questions, she explained.

“Can it be that this is it? Is this the end of it? It seems like a wasteful creation if this is all there is,”  DeRose says.

For some, religion does not have all the answers.

There can come a time when people want to clear the decks. Or sometimes, there is just a a desire to know — a feeling that there is something more, or something missing.

“Sometimes it is just the desire to know that starts the ball rolling. Sometimes a thought or feeling occurs to people, or they read something and then one thing leads them to something else. This synchronicity just seems to keep happening when people are searching for answers,” DeRose explained.

Understanding your own self and where your beliefs come from as well as being open to understanding what makes you who you are can ultimately set you free, DeRose says. “That is when you uniquely decide what you want. And it can benefit the people close to you if you are more conscious, as well as your friends and family. But it can happen that those around you won’t understand what is happening,” DeRose said.

DeRose does readings to give people insight into their past lives, all with a view to helping them, she says.

“I am not there to give predictions. There are signposts,” she says, adding that only in a few instance was someone so “blocked” that she could not see any information about the person.

Carmi DeRose is an Intuitive Channel, Holistic Certified Reiki Practitioner, with an MA in Metaphysics.

The paperback version of her book, “Past-Life Recall – Manifesting Futures” is for sale on Lulu.com. You can purchase the e-book version on amazon.

She can be reached by email at: [email protected]