She listed a building, then she fell in love with it. Low’s Realty moves into historic building 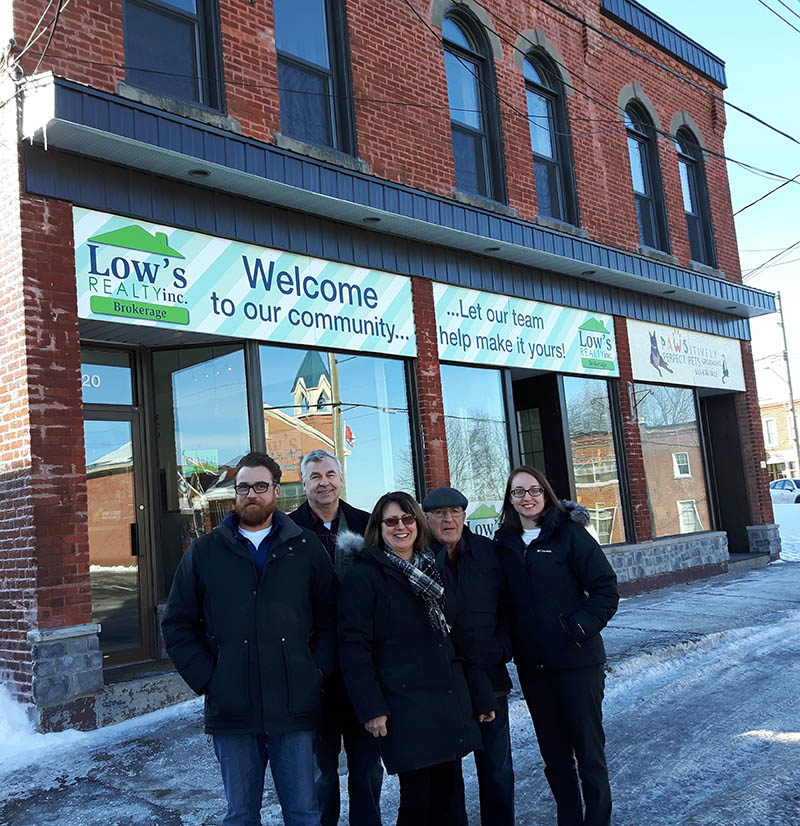 Low’s Realty staff members are settling in to their new home at 20 Main Street East in Vankleek Hill. They stepped outside for a quick photo when The Review stopped by for a visit. From left to right are: Curtis Low, Mickey Low, Doreen Low, Louis Latulippe and Karine Low.

At a real estate firm, real estate agents spend a lot of time helping people find a new home. And so, it was an interesting turn of events when Vankleek Hill real estate broker Doreen Low realized that the building she was preparing to sell for a client felt like it would be a good fit for her own business: Low’s Realty.

Low says she just knew it would work as she walked through the building for the first time.

“I can’t explain it. I listed it. I loved it. I called my husband and told him he had to come and see it.”

The 1,400-square-foot building located close to Vankleek Hill’s main intersection has its own history. Owned more recently by the owners of Country Depot, it housed the Country Depot boutique for a time and one third of the storefront is home to a pet grooming business (Pawsitively Perfect Pets).

For decades, two-thirds of the building’s main floor was home to Clare Flowers, one of Vankleek Hill’s business mainstays. Before that, it was a meat shop at one time, according to Doreen Low. The large basement used to be where The Review was printed; the Review had its offices located on High Street.

Low says she has no regrets about the move from her rented office space to this new location.

“We liked where we were and we stayed for eight years, but when this building came up, that was it.”

Everything went so smoothly, thanks in great part to her husband, Mickey; Doreen says he was there to supervise construction and did much of the work himself. Although he is a licensed real estate agent, he is there as a back-up, she says. He obtained his real estate license after retiring from being a refrigeration and heating contractor.

When the extremely cold weather hit, the Lows decided to stop work on a rear addition, which will house an interior staircase to a second floor apartment.

Doreen says good-naturedly that they are doing the work in phases. Getting the current office space ready took from March of last year until the beginning of this year.

Doreen’s son, Curtis is also a real estate agent and she has another full-time agent, Louis Latulippe, working as part of her firm. Karine, a daughter-in-law married to the Lows’ other son, works in administration and reception and is also a licensed agent.

“I could not do this alone,” says Doreen, who says this year has been amazing in terms of real estate. She cannot say exactly why that is, but says that people are choosing Vankleek Hill because the community has so many choices in terms of schools, it is close to a major hospital and people love the community feeling that they get when they visit the town.

“But every year is different. We planned our move for Christmas because we thought it would be quiet, except it wasn’t,” she said, smiling.

Pointing to re-purposed privacy windows which let light flow through the walls, Doreen says she loves the brightness of the new space. There are a few exposed original brick walls which work perfectly with the heritage-look woodwork and trim that Doreen asked her husband to make for the space.

Interesting industrial-style light fixtures are also a perfect fit for the space, which is a balance of heritage and clean, modern lines.

Although they wanted to retain the original floor, there had been too many adaptations and holes cut in various places over the years so they decided to go with new flooring, Doreen explained.

For Doreen, after being a stay-at-home mom, the decision to pursue her dream of becoming a real estate broker has been everything she hoped for.

“There is just no feeling like when you have found someone the perfect home or the perfect place for a family or for a business owner. You’re with people and they are nervous or unsure and then that turns into total happiness,” Doreen says.

“It is just so rewarding and after they move here or buy a new home, families continue to stop in and talk. You really make friends.”

Although she often works seven days a week, it simply does not feel like work, she says. Because she works with her family and loves what she does, she is never tired.

There is a family tradition, though, she says, and that is to take Sunday afternoons and get together for dinner as a family, with no talk about work.

“We just get together and enjoy each other’s company and we have a small grandson, too, so we make that time family time.” 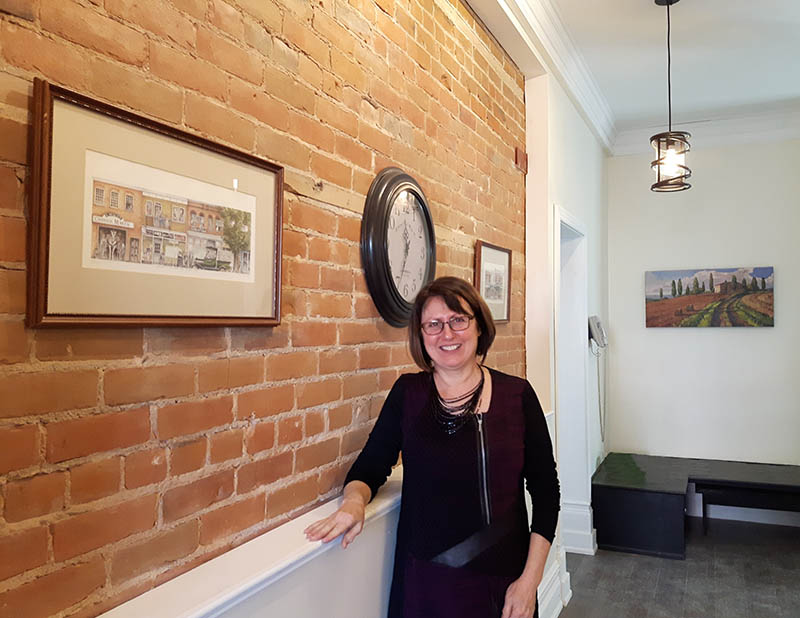