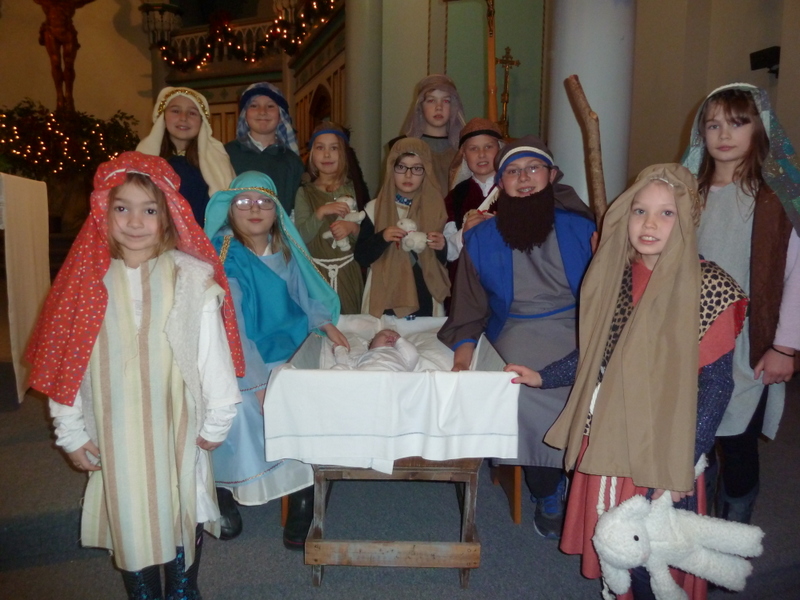 Every year, for over 50 years now, several local children have been following in the footsteps of their predecessors by presenting a live crèche, or nativity scene, on Christmas Eve at the Saint-Grégoire Parish.

Completing the cast of actors was angel Cassandra Gauthier while the roles of the eleven shepherds tending their flocks were held by Élise Boileau and Annie-France Tweed (front row) Samuelle Houle, Antoine Lacelle, Amélie Séguin, Marc-Antoine Tweed, Gabryel Gaumond, Philippe Viau and Marisol Séguin. Ève and Anna Boileau were absent when the picture was taken as was Angel Cassandra Gauthier . The Pastoral committee wishes to thank the parents, grandparents and volunteers who took this tradition to heart and brought the children to the rehearsal.