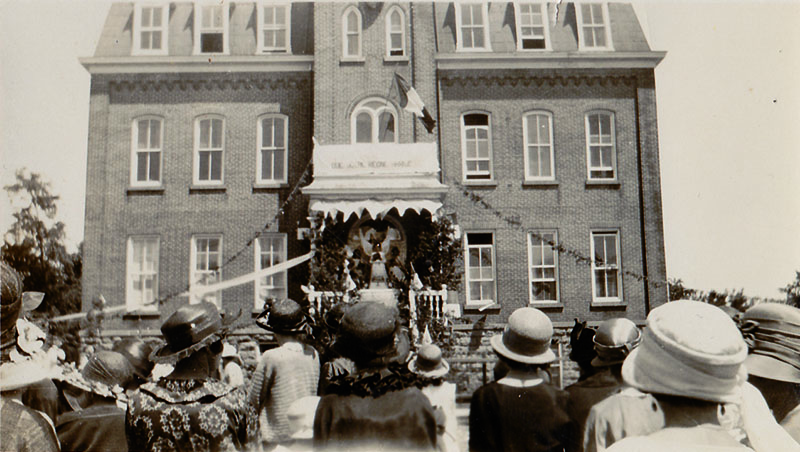 The historic Sisters of Ste-Marie convent in Vankleek Hill is set to be torn down and replaced with six semi-detached housing units. (Historical photo)

Update: An earlier version of the story mentioned that six semi-detached condos would be constructed. This has since been corrected to semi-detached units.

After many years of uncertainty and speculation, the fate of the Vankleek Hill convent has been decided.

Local developer, Gilles Dupont, owner of Dupont Construction, says he plans to tear down the existing building—the historic Sisters of Ste-Marie convent—and use the property to construct up to six new semi-detached units in its place.

Five of the units will be constructed along Higginson Street and one on Stanley Street.

Asked when construction will begin, Dupont says he will take the first steps towards tearing down the convent within the next three weeks. From there, he plans to start construction on the first unit in early November.

The developer says the decision to tear down the convent came down to cost. He says it would have cost an estimated $800,000 to renovate the building and bring it up to code. According to Dupont, the basement of the convent had extensive water damage and was filled with mold. Additionally, full sprinkler systems would have needed to be installed on each of the four floors of the building before it could be used for rental properties.

Dupont added that he plans to build each unit unique to the specifications and requests of the home-buyers. However,  he says he does not have a price set for the units, nor a definite timeline in place for the construction period, at this time.