A record year for the Plantagenet Bean Festival 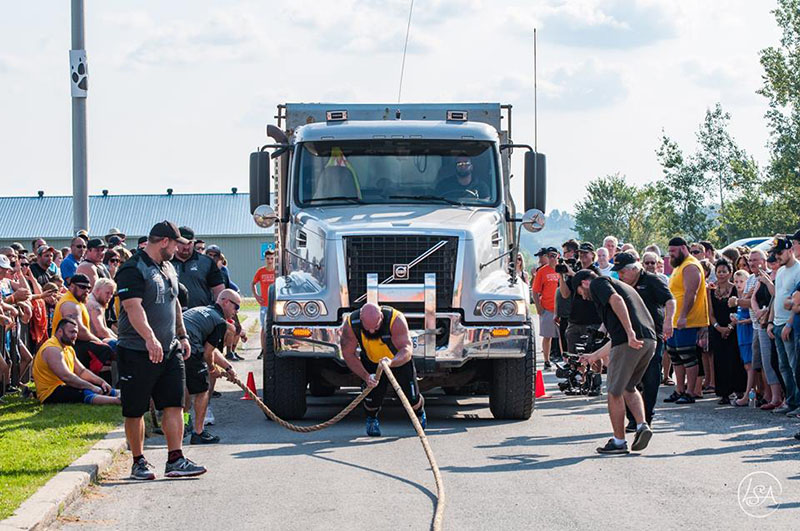 More than 7,000 people gathered to Plantagenet to attend the 2017 edition of the Plantagenet Bean Festival. The strongman competition was a big draw for attendees of this year’s record-breaking event. (Photo: Festival de la Bine de Plantagenet Facebook page)

More than 7,000 people gathered in the small village of Plantagenet for the 7th edition of the Plantagenet Bean Festival, during the weekend of September 15 to 17—a new bean festival record.

The show opened Friday evening with comedian, Philippe Bond, who attracted more than 1500 people. On Saturday, more than 212 vehicles (motorcycles and cars) crossed the roads of the region as part of La Ride à Jo, a hike held as a tribute to Johanne Racine, which was aimed at raising awareness for organ donation. In the evening, Christian Marc Gendron gave a performance with his show Piano Man Experience.

In the famous bean competition, “My Grandmother’s Beans” by Hammond’s Station 4 Seasons won the Professional category, Lucie Séguin of Pendleton won the amateur category, and the Catholic School of Plantagenet took first place in the social clubs category.

The Place aux Délices also attracted several tourists. Formerly the gourmet fair, it was the first year that the event took place within the framework of the festival and the format will be repeated next year.

“With the comedy shows, music, local products to sample, and strongman competitions, there was something for everyone,” said Alain Lapensée.

Throughout the weekend, more than one tonne of beans were served to festival goers and more than a hundred caravans spent the weekend at the site.