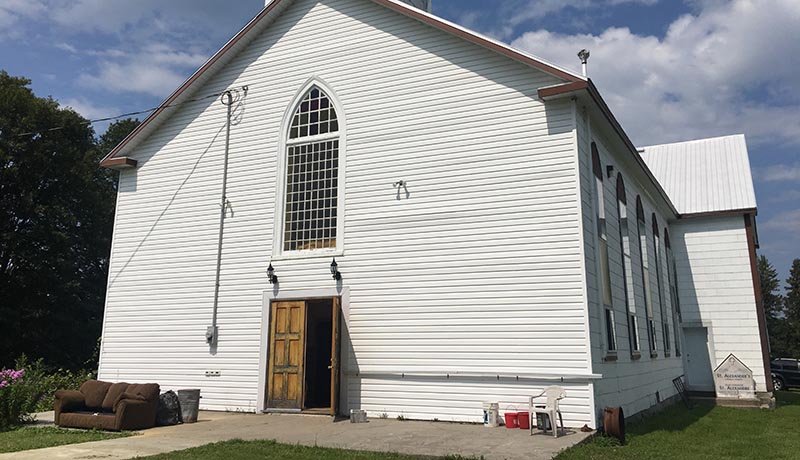 The Church of Saint-Alexandre of Lochiel is on its way to becoming the Lochiel Centre after the diocese decided in September 2013 that the congregation will be no be longer able to hold masses. The last mass was held on June 1 2014 to the great sorrow of Henriette Keusch, a loyal church goer.

“We were told that not enough people attended mass so we mobilised and doubled the attendance, but that wasn’t enough. We had $36,000 in the bank, so we knew we weren’t a financial burden. We also knew that another church was actually $30,000 in debt and remained open. We were told it was because the church committee didn’t quit. Let’s just say I wished I had been on that committee,” regretted Keusch.

After being depressed for many months, she decided, along with friends and colleagues, to organize and save the church. Her committee registered as a charity in 2016 and signed a 20- year lease with the diocese to use the church as a community centre. She knew she couldn’t bring back masses, but at least the community will be able to enjoy a space where “they’ll feel at home”.

The work that needs to be done is extensive. They are refurbishing the old wooden floors and furniture, they’ll install a kitchen and finally, bathrooms. The building has no septic system and without bathrooms, the committee won’t be able to rent the space to other parties.

“Although we don’t pay a dime to the diocese, we still have to pay for electricity, insurance and the renovations. We created a membership fee of $20 to help us pay the electricity, we now have more than 70 members, so that really helped. As for the insurance, an angel donor from Toronto gave us $5000 this year,” said Keusch.

She called the angel donor, whose grandparents are from the area, to thank him for his donation.

“I thanked him from the bottom of my heart for the $5000 donation. After I thanked him, he told me that it was just the beginning and that he would gladly pay for the $60,000 septic system that we need. I almost fell off of my chair!,” exclaimed Keusch.

The St-Bernard church committee in Fournier was also threatened with closure, but committee members remain resilient and are proudly holding their 150th festivities throughout 2017. Keusch had an encouraging message to give to the Fournier catholic church committee.

“Don’t quit, because if you quit, it’s over, but if you keep fighting for its existence, chances are, you will win. I am more than thrilled with the Lochiel Centre project, but I would much rather have my church back,”concluded Keusch. 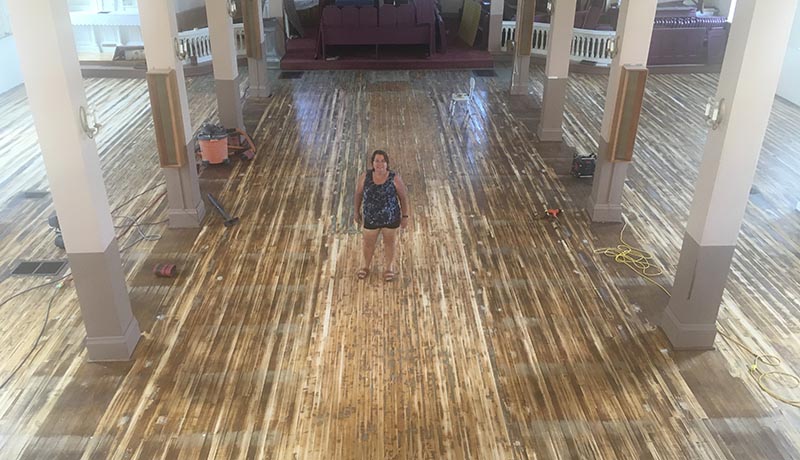