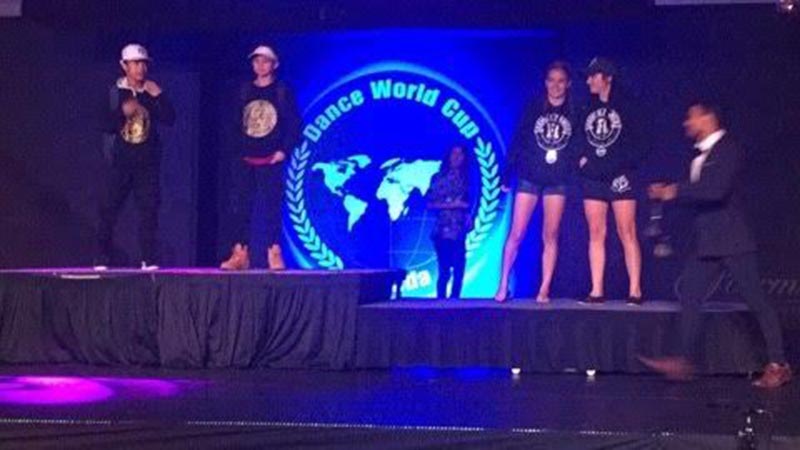 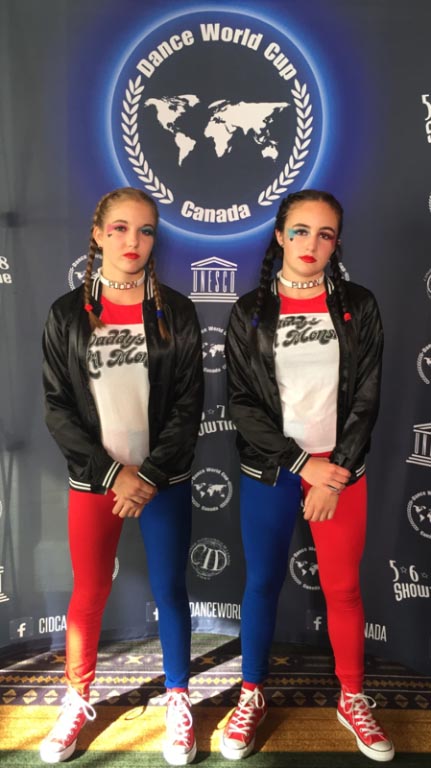 Joly (left) and Joanisse in their Suicide Squad-themed costumes.

This past April, at the 5678 Showtime competition in Mont-Tremblant, Cassandra Joly and Alexiane Joanisse won first place out of 7 Hip Hop duo/trio groups in their category and were invited to dance at the Dance World Cup (July 3-5th) in Whistler, British Columbia.  The duo and their mothers, Chantale Joly and Julie Bélanger, have just returned from their 5 day trip to Whistler.

The movie Suicide Squad was the inspiration behind the choreography, costume and music for this duo led by their dedicated teacher/choreographer, Myriam Martel of Hawkesbury.  Both girls dance for Remix Dance, which is based in Rockland, Ontario. Their duo classes take place in Hawkesbury from September to May.

Deciding to partake in such a competition requires both a financial and time commitment.  The girls managed to fund-raise a portion of the cost by holding 50/50 draws at all five year-end Remix Dance shows.  They also had help from sponsors, including a donation made by the Hawkesbury Club Optimiste.
During the Olympic-style awards ceremony held on July 5, the duo was awarded a silver medal, coming in second to the famous Lucky Aces duo.  The girls’ families, friends, teacher and dance director as well as all the Remix dancers are very proud of this accomplishment.