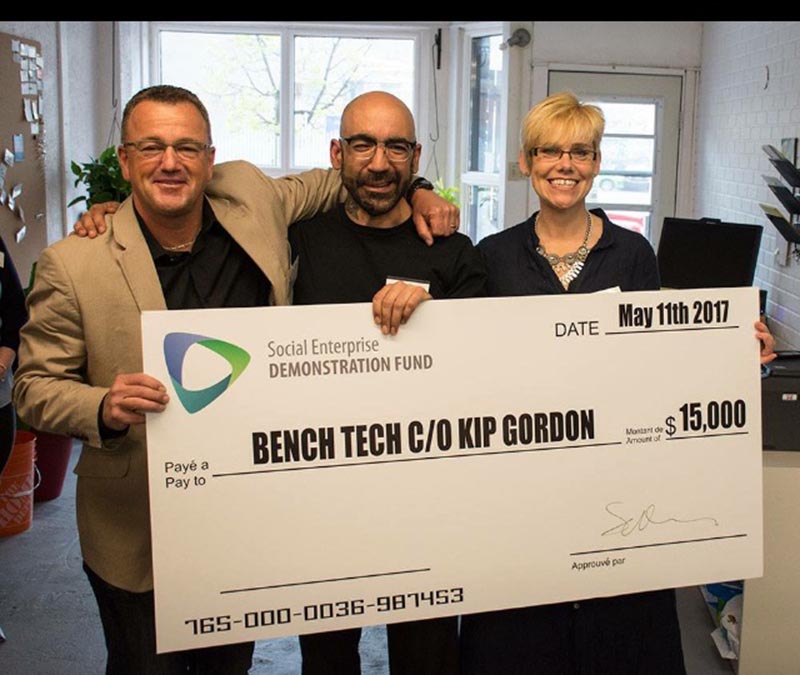 Groupe Convex Prescott-Russell, under the leadership of Caroline Arcand, announced on April 21, that it received $369,000 from the provincial government to offer mentorship, coaching and financial services to people with disabilities. Those asking for funding or support will self-identify when they present themselves. When Arcand heard about the Social Enterprise Demonstration Fund (SEDF), she asked the PRCDC to help her apply for a grant from the fund.

“For me it was imperative that we don’t do a medical check on participants. We know that some people might abuse the system, but we didn’t want to be in a position to discriminate in any way, shape or form,” said Caroline Arcand, Executive Director at Groupe Convex.

If a person identifies him or herself as having a disability, whether is it mental or physical, he/she will be approved by the program. Anyway, you still need to have a viable business idea to have access to grants or services,” added Arcand.

Suzanne Hocquard is in charge of recruiting future entrepreneurs at Groupe Convex. She will also supply start-up funding and help entrepreneurs write their business plan. Edith Jean-Louis from PRCDC will support the initiative by taking care of credit and directing the entrepreneurs towards more programs.

“We cover Eastern and Southern Ontario so it’s a pretty big territory. We get candidates through our partners who refer potential entrepreneurs and social businesses to us and we are also always on the lookout. Aside from the $15,000 grant, we also offer coaching services for an array of activities. The $15,000 can also be used to help participants of the program to get more funding from banks. So the initial fund can generate a lot more capital, as long as the business plan demonstrates a viable business. The business plan is usually priority number one for the program,” said Hocquard.

“As of now, only two companies within the Groupe Convex umbrella could benefit from the program since they are growing. But we have other means to achieve our goals. The priority right now is giving a break to entrepreneurs living with a disability,” added Arcand.

At the unveiling of the program on April 21, Grant Crack commended the work of Arcand and stated that, “The $ 369,000 that the minister has given us will help you greatly in the process of your new and important program. The emergence of entrepreneurship among people with visible and non-visible disabilities will help create jobs and enable society to grow its economy with the talented future of workers and entrepreneurs.”