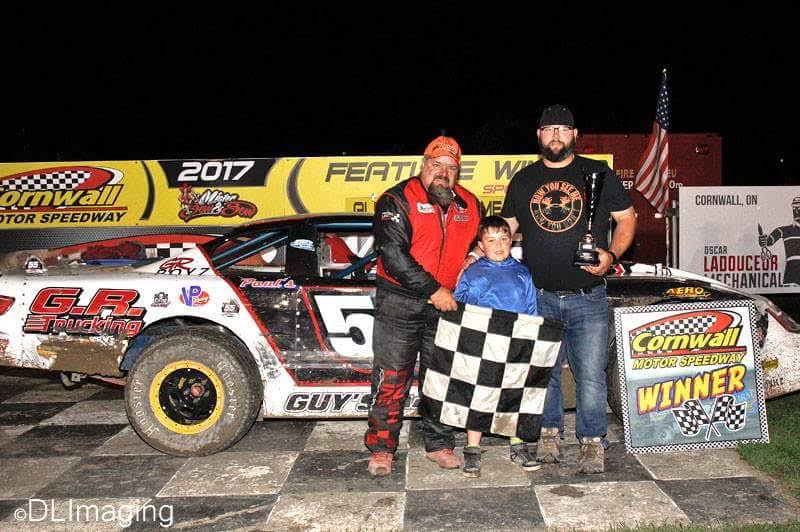 It has been a while since veteran DIRTcar racer George Renaud of Glen Roy parked his #55 Pro-Stock machine in the Victory Lane of his home track, Cornwall Motor Speedway. As the local speedway presented a program loaded with action, the 42-year-old racer managed to avoid a severe accident involving 7 cars, kept his concentration during a short downpour and battled hard with his rivals, finally securing the win over Stéphane Lebrun.

“It feels so good to finally win an Ultimate Pro-Stock series feature race here at Cornwall Speedway,” commented Renaud. “This is the same car that we have been using for the past seasons, but we made some little improvements over the winter and it pays.”
In the 358 Modified class, the 2016 defending track champion and Mr. DIRTcar small block title holder Chris Raabe of Alexandria captured his first Canadian Nationals Series win as he dominated the last portion of the 125-lap race. “We have 4 wins in 15 features so far this season and this was my 149th victory” explains the driver, who aims at his 150th career win this season.