The Glengarry Highland Games “kicks off” its 70th year 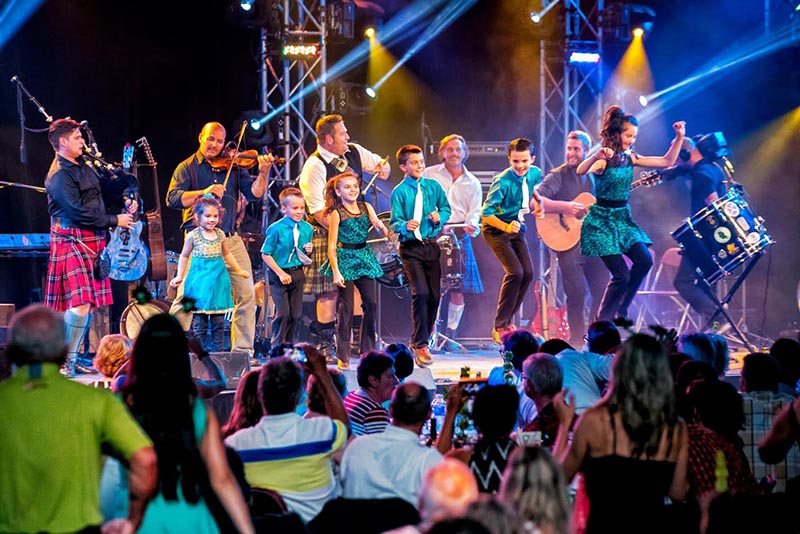 The Next Generation Leahy Tattoo group, featuring Doug Leahy and his six children.

As Canada celebrates its 150th anniversary, the Glengarry Highland Games will be celebrating its 70th event on August 4 and 5. This year will feature a host of special events celebrating the history of the games, as well as the Scottish contribution to Canada’s history – plus, an impressive lineup of Celtic entertainers for the Friday Night Tattoo on August 4.

The Pre-Tattoo warm-up begins at 6:30 with a performance by nearly 100 Glengarry fiddlers and 30 members of the Cape Breton Fiddling Association, followed by the MacCulloch dancers and the Brigadoons in the massed highland fling. And for the first time this year, the Next Generation Leahy family will perform the Tattoo Concert. Doug Leahy will lead  his six children in dancing and fiddling. In a recent press release, Paddy Moloney of The Chieftains professed,  “What an absolute joy to see these young people from age 4 up to age 13 on stage performing so beautifully and playing so well together […] When they played with us, The Next Generation Leahy simply brought the house down!”

Also performing this year are The Mudmen, who have played audiences ranging from Hockey Night in Canada to the Queen of England. The band includes brothers Sandy and Robby Campbell on bagpipes; Mike Meacher on lead vocals, mandolin and banjo; Dan Westenenk on bass and Jeremy Burton on drums.

To finish off the Tattoo headliners, the Brogue Dancers of Cape Breton will present a repertoire of traditional and modern step dancing, accompanied by musicians Troy McGillivray, Andrea Beaton and Adam Young.

Ending the show are a military tattoo and a tribute to 70 years of the Games and its proud Scottish traditions, followed by a show of fireworks. For more information on the games, visit glengarryhighlandgames.com.