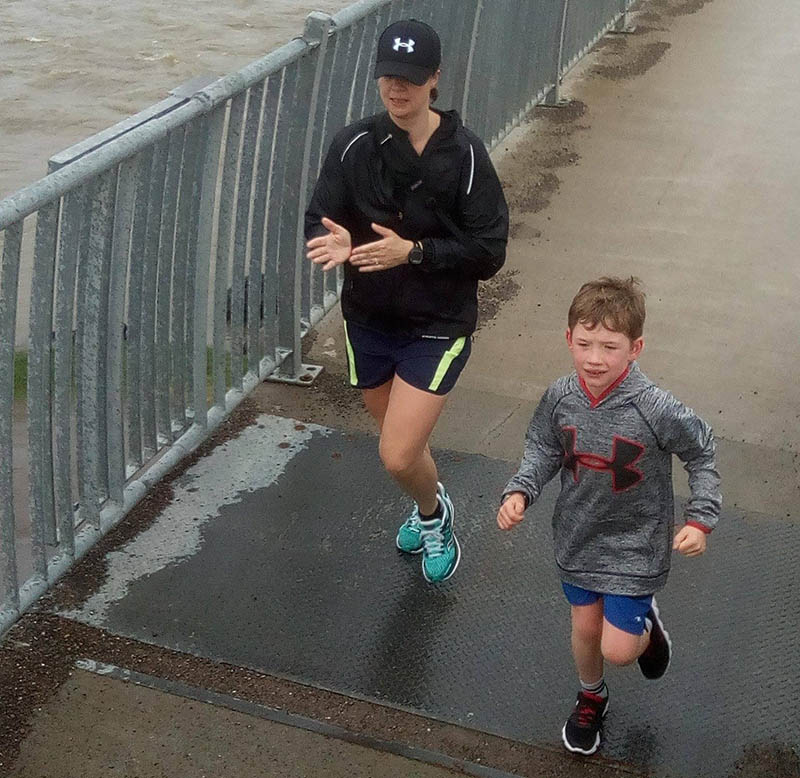 Members of the Hawkesbury Runners club will be in Ottawa this weekend, participating in various races hosted by Run Ottawa.

Among them will be seven-year-old Max Sockett, who is registered for the 10 kilometre race on Saturday.

He’s running to raise money for the Children’s Hospital of Eastern Ontario. Stephen Sockett, Max’s dad, said Max recieved care at CHEO after having a seizure a few months ago. He has now recovered, and when it came time to pick a charity to support, Max wanted it to be the hospital. “He used CHEO, now he’s giving back to CHEO,” he said. Max has raised over $500, which was his original fundraising goal.

On Thursday, May 25, members of the running club met at Deja Vu restaurant in Hawkesbury. 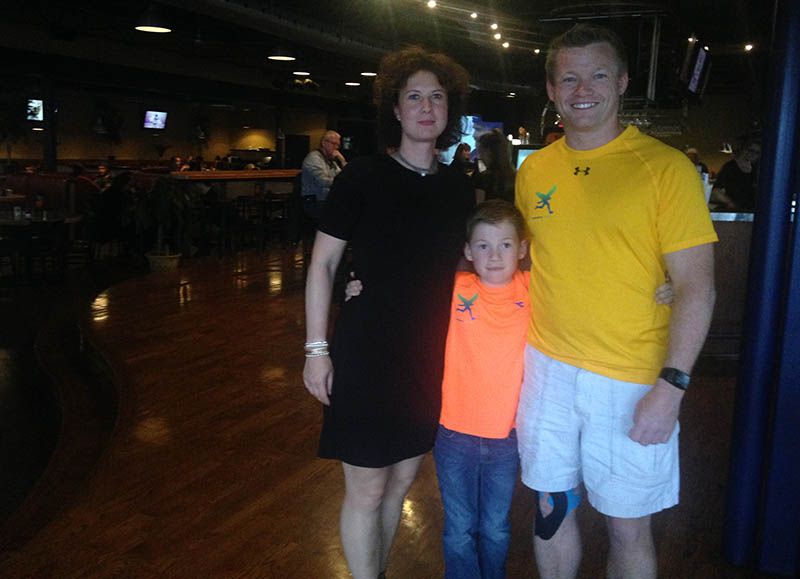 “He’s an amazing runner,” says Sockett, who is a proponent of the mental benefits of running as well. “It helps him as a human being.” He said Max doesn’t run long distances often. He has run 10 kilometers before, but not in a race, and after Saturday he will stick to shorter distances for a few months.

“It keeps us healthy,” said Max. He said his favorite part of running is “you get stronger.”

While his dad runs at a faster pace, Max keeps up with some  other members of the group – and vice-versa.

“I have a hard time keeping up with him!” said Ute Beffert, another member of Hawkesbury Runners. Members of the club will be running with Max on Saturday, and Hawkesbury runners have recognizable yellow shirts, as well. Beffert will be running her first 10 kilometre race on Saturday, and said she was expecting a challenge, because she generally runs longer distances like marathons.

The recently-formed running club has “boosted our motivation,” said Beffert. She said she appreciates that the group includes people of all abilities, and that it’s free, which isn’t always the case for running clubs in bigger cities.

“The health benefits both mentally and physically are great,” she said.

The club posts information about its activities, including weekly runs on Sundays and Wednesdays, on its Facebook page.