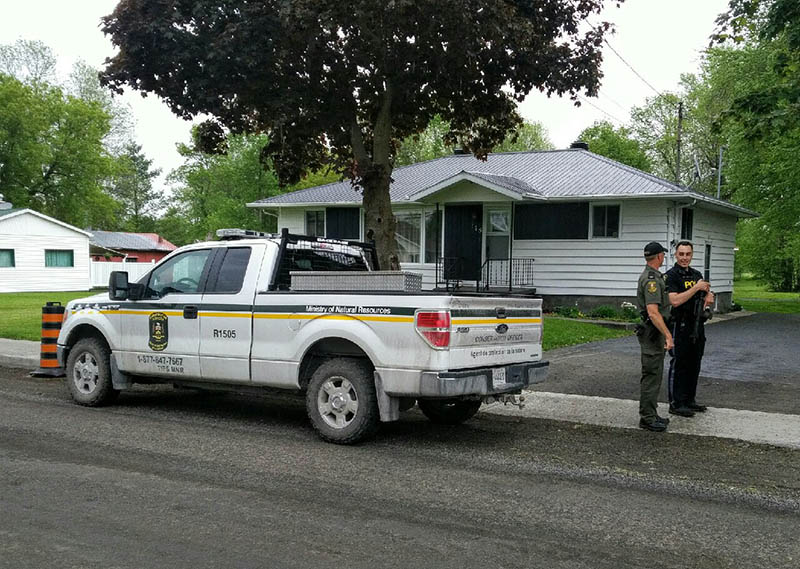 A bear was euthanized on Friday after it was seen in the L’Orignal and Hawkesbury areas last week. Police and members of the Ministry of Natural Resources searched for the animal last week, after it was spotted near Ivaco Rolling Mills and Longueuil Street in L’Orignal on Thursday, May 25.

On Thursday night, police lost sight of the bear, and so the MNR set a trap that would catch the bear alive. The bear was caught on Friday afternoon in the Hawkesbury area, “where it was proceeding into highly populated areas,” police said.

After it was caught, police say officers and representatives of the Minsitry “perceived that the animal was in poor health and a danger to public safety,” and it was “dispatched.”