“It takes its toll”: Vankleek Hill resident wants to raise awareness of diabetes 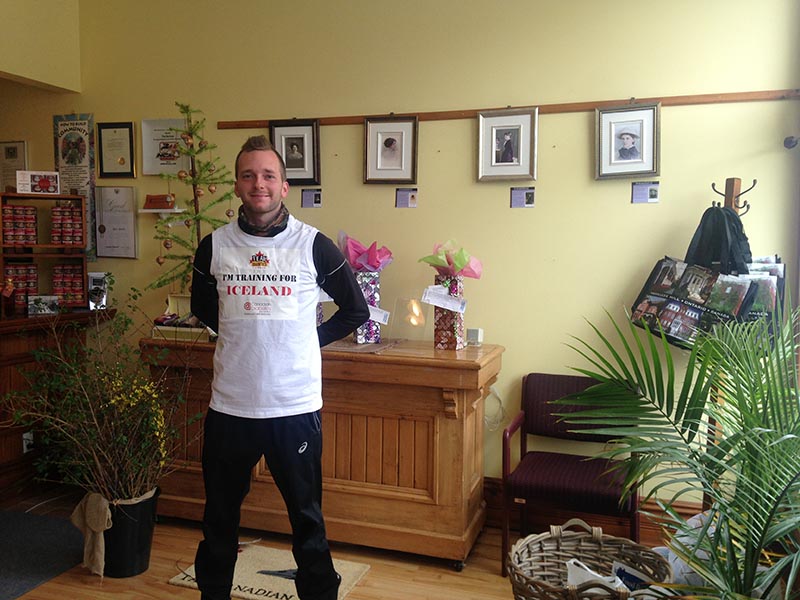 Shawn Seguin, who is running a marathon in August as a fundraiser for Diabetes Canada.

Shawn Seguin is headed to Iceland in August. But he’s not exactly planning a relaxing vacation – he’ll be participating in the Reykjavic Marathon as part of Canada’s Team Diabetes.

It will be the Vankleek Hill resident’s first marathon. “I’ve been running for a few years, but I’ve never run anywhere close to a marathon,” he said. He’s currently training with between four and five runs a week. Between work, parenting and running, he’s busy, but he says it’s rewarding. “It’s exhausting but it’s also energizing.”

Seguin is not diabetic himself, but says he was inspired by a colleague who  has the disease. “It takes its toll physically, emotionally, and also financially,” he said. “It’s hard.”

Diabetes Canada (formerly known as the Canadian Diabetes Association) says 11 million Canadians have either diabetes or prediabetes, which means a person’s blood glucose levels are higher than normal, but not high enough to be diagnosed as Type 2 diabetes. The organization says almost half of people with prediabetes will eventually become diabetic. Seguin said he personally has also noticed more and more people around him are being diagnosed with the disease. “Since I moved to Vankleek Hill, three of my neighbours are diabetic, my grandmother recently got diagnosed with diabetes,” he said. “There have been a lot of stories that touched me a lot.”

Seguin said when he first got involved with Diabetes Canada, he was surprised to find that it was not active in this area. That will soon change: he is co-organizing a run for diabetes on May 21, with Vankleek Hill business Jade Garden, which is also a sponsor of the event. The five-kilometer run/walk will begin at 11 a.m., during the Heritage Festival, and the cost to participate is a donation to Diabetes Canada. “No donation is too small,” said Seguin. Registration forms are available at 85 Main Street East in Vankleek Hill.

Some people were surprised that he would run a marathon in the hopes of eliminating a disease he doesn’t have, but Seguin said to him, that’s not necessarily relevant. “For me, I find you don’t have to have an illness or a disease to want to fight for it, and that’s true for anything – cancer, mental illness, or even poverty. You don’t have to be in that group to want to change something.”