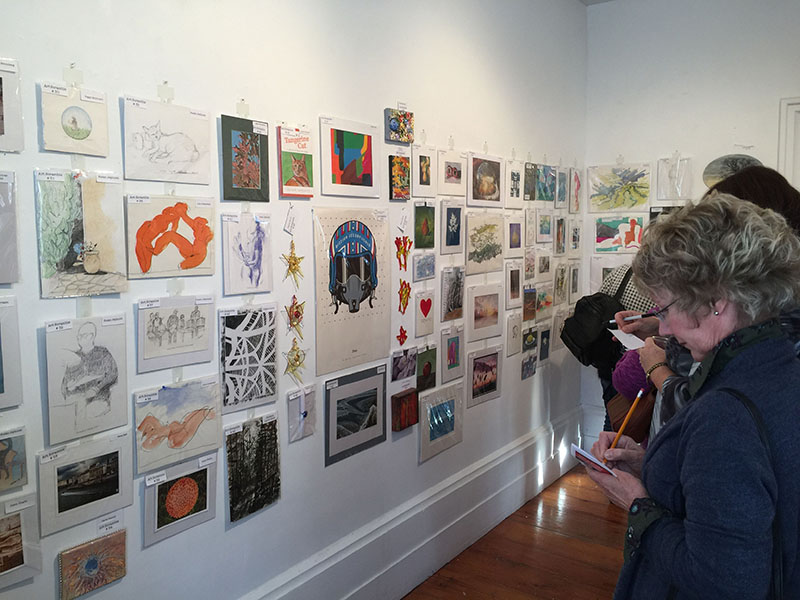 On Saturday, December 10, Arbor Gallery Cultural Centre (AGCC) was the place to be: abundant food, wine, great people, and walls full of art waiting to be adopted. The benefit of a slightly smaller-than-usual crowd was that most people were able to relax on chairs with their plates of food until their number was called. This gave the whole event a relaxed feel, until of course the inevitable tension and groans rose from the group as each person went up and chose the very piece that someone else wanted. There were more than 100 pieces this year, including pottery, stained glass and jewelry, and there were still so many pieces left at the end that many people chose to purchase an extra one. The finale of the event was the auctioning of Rita Iriarte’s lovely watercolour, Les Coquillage. After some intense bidding, the painting finally went to a longtime gallery supporter who was delighted with her purchase. AGCC wishes to thank the many artists whose donations of work made this possible, The Review and Scotiabank for selling tickets, Nicole St. Pierre for her tireless energy in organizing the food and kitchen, gallery sitters Mary Gourlay and Mary Ferguson for all their help in putting the show together along with Niki Mulder and Jessica Sarrazin, and all those who donated food and whose generous monetary donations helped to make the day a success. Their final big thank you goes to Scotiabank Vankleek Hill whose matching funds program enabled the Gallery to call this fundraiser a great success. (Submitted by Reenie Marx. Photos by Kim Fournier) 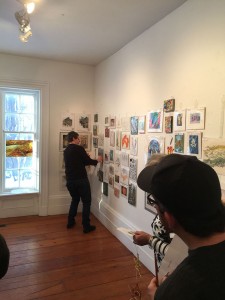 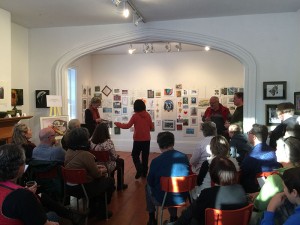 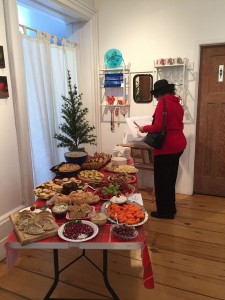 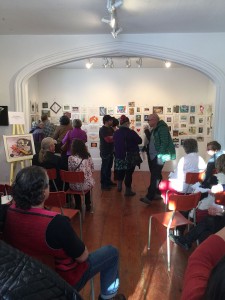