Building a future at a small business in Vankleek Hill 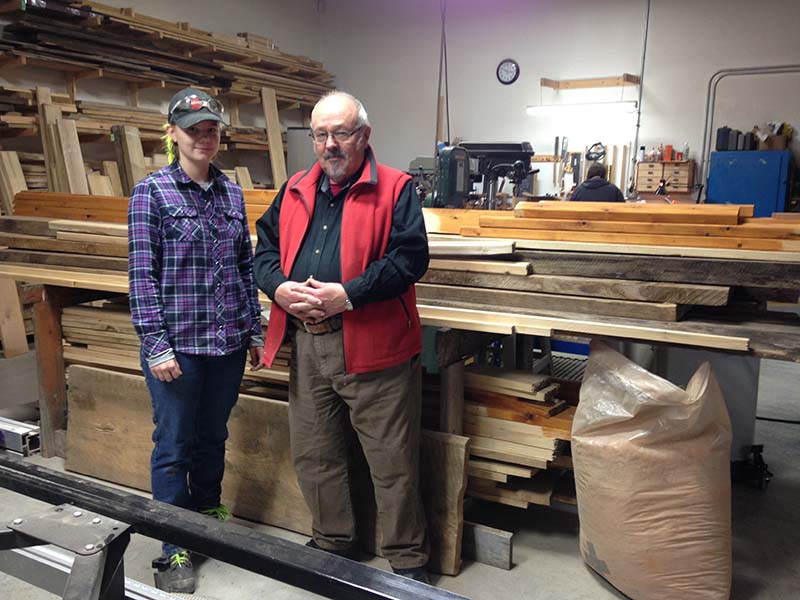 On her 23rd birthday, Victoria Conway was hard at work at Cheese End Woodworking. The company in Vankleek Hill’s business park makes furniture, cabinets, commercial items and more – Conway was working on an order for Beau’s All Natural Brewing, a neighbor of the shop.

Nick Goursky, owner of Cheese End, says he’s very happy to have found a young person with the right qualifications for the job – not always an easy feat in the area. He says Conway, who joined the company in September, studied all the right courses at college, including cabinet making, heritage masonry, and heritage carpentry.

Goursky says his new employee has the makings of a skilled woodworker. “Patience, attention to detail and good disaster recovery techniques” are what he looks for, he says. That last one is crucial. “That’s the defining characteristic of a good woodworker is disaster recovery. Things go wrong, and you have to figure out how to fix them.  It’s something you learn with practice, with doing it –Victoria’s already got it,” he adds. She is a minority in her profession – 93 per cent of cabinet and wood furniture makers in Canada are men, and most are at least 45 years old, according to Statistics Canada’s 2011 National Household Survey. 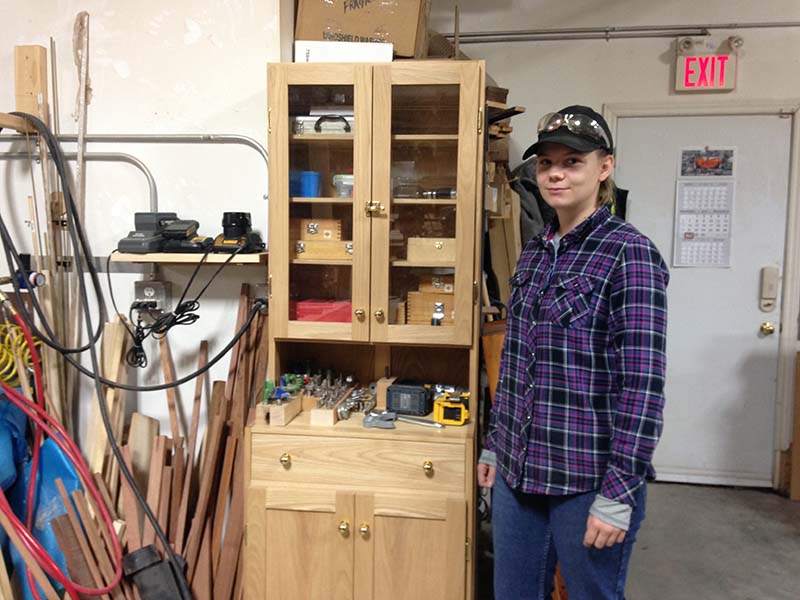 Victoria Conway, 23, with a cabinet she made at Cheese End Woodworking in Vankleek Hill.

Conway says she first became interested in woodworking when she studied it in high school. After graduation, “I considered going into art, but job security (is) hit or miss. At least I know with the trades, people need furniture, they need a house,” she says. She says she likes the variety that the job offers. “There’s always something different to be done,” she said. “I get bored easily, so I know there’s a big variety in woodworking. Not being bored was a main seller.”

She started at Cheese End in September, and while she had a few small jobs during college, it’s her first job not related to school. “It’s been good,” she says. Some of the projects are simple, and others are more complicated. “There’s variety, there’s easier stuff, and you can go back to more challenging things too, which is nice,” she says. It’s something she says she can imagine doing for the rest of her career, and she would like to stay close to home, if she can.

Goursky, meanwhile, is thinking about the future of his business after he retires. “I’ve got a seven in front of my age now, so I’m definitely looking at some sort of succession plan…and Victoria may well figure in it, yes.”