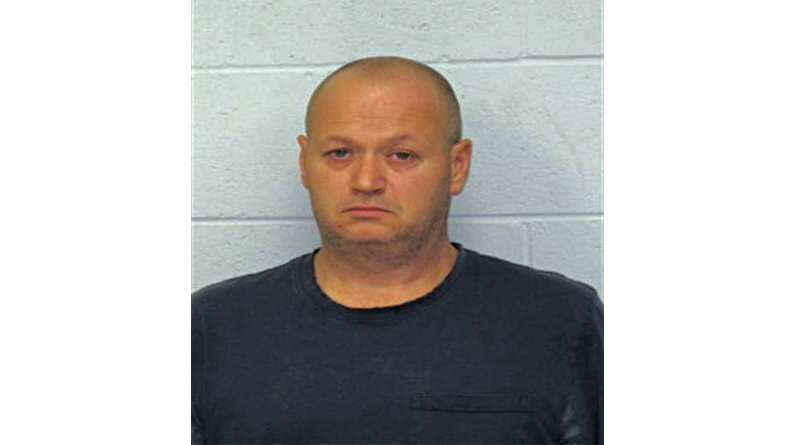 On November 16, SQ officers arrested 43 year old Lachute resident Pierre Fortin, who has been charged with a variety of crimes against children. (Photo courtesy of the Sûréte du Quebec)

A man who allegedly used babysitting sites to lure teenage girls was arrested by police on November 18 and charged with a number of sexual offences against minors.

The suspect, who has been identified as 43-year-old Lachute resident Pierre Fortin, has been charged with child luring, possession of child pornography, producing child pornography and making sexually explicit material available to children.

Sûréte du Quebec (SQ) spokesperson Sergeant Audrey-Anne Bilodeau told The Review that the suspect is accused of using babysitting sites on the internet  to contact teenage girls and offer them money in exchange for sexual favours.

Bilodeau said that so far, three alleged victims have come forward. All three are teenage girls who live in the Laurentians. Police are asking any other victims to come forward and speak with investigators.

“It’s important to check what your teenagers are doing on the Internet and it is particularly important to know if they are sending photos or exchanging money with people they don’t know,” said Bilodeau.

The investigation into these crimes is being lead by a special team of SQ officers who investigate child sexual exploitation on the internet. This team is part of the “Serial Crime Investigation Management Program,” which works to pool police resources between various agencies, to quickly respond to crimes committed by suspected serial predators.

Fortin was scheduled to appear at the Saint-Jérôme Courthouse today for a bail hearing. At this hearing, he is expected to plead either guilty or not guilty to the crimes he has been accused of.

Anyone with information relating to these crimes, including any victims who might wish to come forward are urged to contact the Sûreté du Québec Criminal Intelligence Unit at tel: 1-800-659-4264.