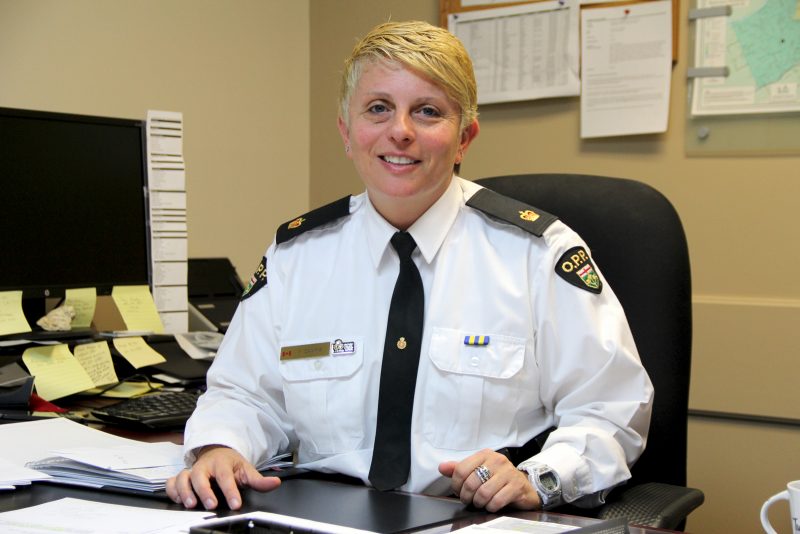 The Hawkesbury OPP have a new detachment commander. Inspector Franca (Frankie) Campisi, who was recently promoted from Acting Inspector, has a new vision for policing in the area. Campisi, who has been interim commander of the detachment since early May, says that in the Hawkesbury area, mental health issues represent the biggest challenge for police. She says that traditional methods need to change to address this new reality.

“We need to take a different approach to policing. We still have to protect the public and our officers, but my vision is to think outside of the box and involve our community in the issues,” said Campisi.

Traditional policing, where suspects are arrested, charged and sent to court is effective for addressing certain types of crime, but Campisi says it’s ineffective when you are dealing with individuals who suffer from mental health issues.

Officers are responding to an increasing number of calls relating to substance abuse, domestic violence and homelessness and Campisi says that the root cause of many of these cases involves mental health.

“You see different challenges in each area the OPP covers… Some of the challenges we have here involve drug trafficking and mental health issues. We also have a lot of issues with domestic assaults. We are no different than any other area, but these are very prominent issues in Hawkesbury. My vision for Hawkesbury is for our officers to work with our stakeholders, including Valoris, Victim Services and the Canadian Mental Health Association, and to start developing situational tables,” said Campisi.

By creating situational tables, Campisi plans to bring all of the service providers into a single community hub. As a group, they will work on a cohesive plan to tackle a variety of problems. They will also establish protocols for dealing with specific situations that require the support of the various stakeholders. Campisi says this will help redirect police calls to the appropriate agencies, which will reduce the burden on police. It will also reduce crime, by providing help to certain individuals before they escalate to the point where their behaviour is considered criminal or dangerous. 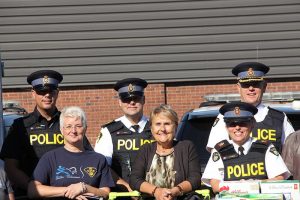 “What happens in our community is that people don’t know that there are services available to them, so in a crisis, the only person they will call on for help is the police. A lot of the calls that we go on are not police related. We go anyway, but if someone is calling because they are in need of a home, because they are homeless, is that a police call? No, it’s not. We have to engage our community stakeholders and come up with a protocol. This will decrease calls and help people,” said Campisi.

Decreasing hospital wait times and ensuring that 24-hour emergency medical service is available for mental health calls would also reduce the burden on police and provide a better service to those in crisis, says Campisi.

In many cases, Campisi says officers will escort citizens in mental distress to the hospital. Officers can be tied up for more than five hours waiting for their charge to see a doctor. If police release the individual, she says that the situation can escalate and officers will just end up returning to deal with the same situation later in the day. In some cases, she said that the person in distress can be released to a family member to await medical care, but this is often not the case.

Domestic abuse cases are a problem in the Hawkesbury area. Campisi hopes to reduce the numbers by providing additional training for her officers to help them know what signs to look for. She said that victims are often fearful to speak up, even when officers are present in the home. Fear of reprisal and the presence of children may also silence victims. 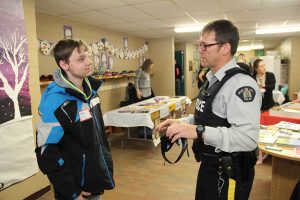 An OPP officer is seen speaking with a student at a “Reality Tour” event that was held in 2015, at Pleasant Corners Public School, in Vankleek Hill. The event teaches kids and their family members about the impact of drug and alcohol abuse. (Photo: Tara Kirkpatrick)

Education is key for crime prevention, as is community involvement. Drugs are present in local schools, and Campisi said kids get drugs from other kids. Kids who live in households where drugs are present are at a higher risk of using drugs themselves, and Campisi says they are also at higher risk of homelessness. Putting police officers in schools to talk about substance abuse helps to provide some kids with the tools needed to get help, said Campisi, who added that drugs are often only one of the problems these kids face.

In Hawkesbury, Campisi says that youth homelessness is a problem.

“Because you don’t see children sleeping under the bridge here in Hawkesbury, it doesn’t mean we don’t have youth homelessness. We have lots of kids who couch surf and don’t have a home. They don’t feel wanted and don’t feel stable. What are their options? It’s not visible to the community, but it’s alive and well. It’s something that we struggle with, as well as the schools and the food banks,” said Campisi.

She said that many of these kids are doing drugs as a form of escapism. Campisi says this is a community issue, not just a police one.

Human trafficking and prostitution are other “invisible” crimes that are taking place in the region. Unlike bigger cities where sex work might be more visible, in small cities arrangements are made almost exclusively over the internet.

“The internet has been a huge tool for human trafficking. The demand is out there. What the internet allows is for individuals to be anonymous. They don’t need to go to the streets to select a prostitute. It’s out there, but there should be signs. And if you (police) go on certain calls and see the signs, we need to investigate,” said Campisi.

“It’s a common problem in all major cities, but it’s not to say it can’t happen in the small towns. Human trafficking also encompasses young boys and men coming here to work for nothing, at local farms and enterprises. It’s not necessarily here, but we do have that issue.

The new commander has lots of plans for the future of policing in Hawkesbury and she says that moving into a more modern building will help.

On October 12, the Ministry of Community Safety on Correctional Services announced nine new police detachments will be built in Ontario, including one in Hawkesbury. The design of the new station will be up to Infrastructure Ontario, which will be responsible for the construction.

Campisi hopes to be involved in some of the layout features of the new building, which she says is badly needed. During a tour of the Hawkesbury detachment on November 3, it was clear that the former arena, which now serves as a police station, is due for change. The interior of the building resembles an elementary school that time forgot. The hallways are long and dark and space is cramped. Officers are crammed into small offices that appear to have been designed to accommodate far fewer employees. There are filing cabinets in the hallways, because there isn’t enough storage space. Cleaning supplies are piled up in the garage, which means that the garage can’t be used for vehicles.

When prisoners arrive, patrol cars don’t have adequate parking. Cruisers park by the back entrance and prisoners are escorted into the building within close proximity to the parking lot for the Robert Hartley Sports Complex.

When victims and children are brought into the building, they walk past the cells and are escorted to sterile and cold rooms where the ancient furniture is screwed into the floor. Campisi says her officers do the best they can with the space they have, but she said that the building creates bad working conditions. It’s also not a good environment for dealing with victims.

Campisi’s wish list for the new building includes a drive-in garage that will enable officers to offload prisoners in a secure environment. It will also provide more privacy to victims. 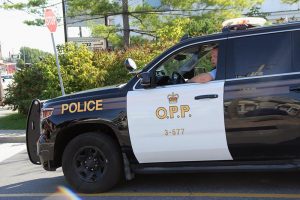 She wants better jail cells, which are equipped with audio and video surveillance and a safer work environment and more secure entrance that better protects her officers. Also on the wish list are better work stations, with more space would improve conditions for officers, who currently have more space to fill out their reports if they work in their patrol cars.

Having two designated interview rooms, which were designed for two separate purposes, would improve communications, says Campisi. She would like to have one room designed for interrogating suspects and another that was designed to better accommodate victims and children.

A larger conference room would enable police officers to meet with community partners and to host educational seminars for the public.

Campisi would also like a small gym for her officers and a larger storage area for assorted gear, which includes a boat, radios, firearms and equipment belonging to the Emergency Response Team. The changing rooms in the current building are also antiquated and lack space.

The Hawkesbury detachment employs about 65 officers and support staff and Campisi estimates that it was designed to accommodate fewer than 20 people.

“We’re lucky that we have officers who work on rotational shifts and that they aren’t all in the building at the same time, because if they were, we couldn’t function,” said Campisi.

Holding a staff meeting would be a challenge, as it is unlikely that the entire staff could fit in the building at the same time.

The new detachment will be built on Cameron Street, behind Canadian Tire, on a property donated by the municipality, said Hawkesbury Mayor Jeanne Charlebois, during an interview in October.