Leola Meagher shares tales of her pioneer upbringing in “Footprints of a Pioneer: The Story of Yvonne” 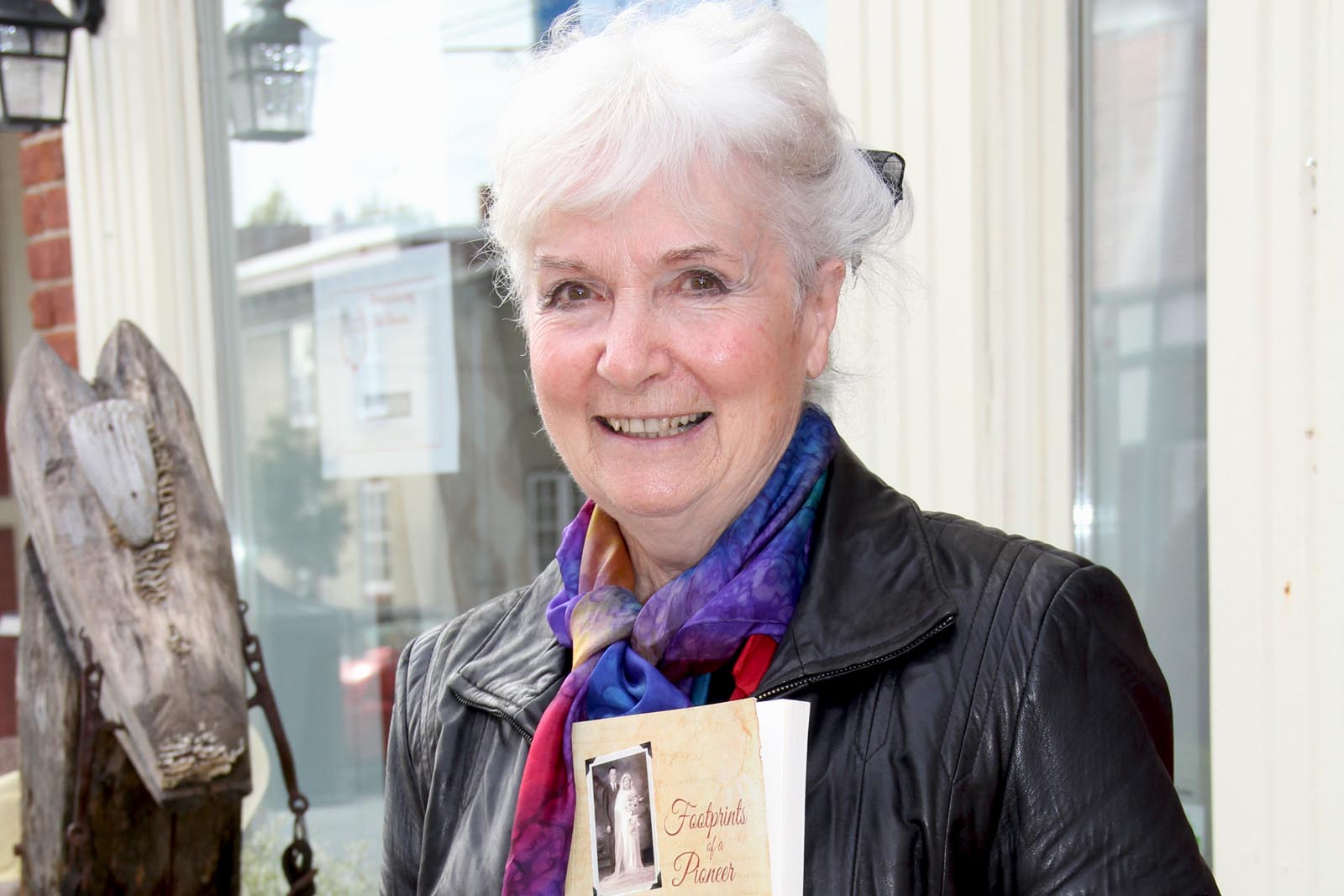 Growing up in a remote area of Quebec in the early 1900s wasn’t easy. In her book, “Footprints of a Pioneer: The Story of Yvonne,” Leola Meagher recounts how her mother overcame living in rugged circumstances in rural Quebec in the first part of the last century. (Photo: Tara Kirkpatrick)

When the lights flicker and the power goes out, Leola Meagher doesn’t panic. She grew up in a remote region in Northern Quebec where there was no electricity or running water. She adapted to her circumstances. She never forgot the resiliency and fortitude that shaped her early youth. In her book “Footprints of a Pioneer: The Story of Yvonne,” Meagher recounts the story of her mother, Yvonne’s life, and the struggles she overcame growing up in a remote pioneer village in La Minerve, Quebec. The book takes readers back to a time when people had to live off of the land.

Meagher’s parents, Yvonne and Leo met in Montreal, fell in love and later married. At the beginning of the last century, they moved to La Minerve, which is located about 40-kilometres away from Mont-Tremblant. They carved a clearing out of the forest and built a log cabin.

Leo and Yvonne raised chickens and a few cows to feed their family. They had a large garden that was planted in hardy root vegetables and items that were ideal for preserving. There were few trips to grocery stores for supplies. They grew their own food and pickled and preserved what was grown in the summer to survive the long, cold winters.

“It was very difficult to farm, because it was so remote that there were very few roads. If my parents had produced anything to be sold, it would have been too difficult to get it to market,” said Meagher.

To generate income to purchase a few necessities, Meagher’s father worked in the forest, hauling logs with a team of horses.

Their home had no electricity, phone, or running water, but Meagher said that she and her sister and brother were happy. They would make up simple games that were dependent on their imaginations and they would help look after the animals and do chores with their parents.

She says that her mother’s ability to problem-solve and make do with very little was what held everything together.

“My mom was able to take lemons and make lemonade. She was very resourceful and was able to work with very little,” said Meagher.

When Meagher was seven years old, she and her two siblings were sent to Namur to attend boarding school. They lived with a minister and his wife, who were caring for about 35 children attending the school from surrounding areas.

The boarding school was English and at that time, Meagher and her siblings could only speak French. They learned to speak English quickly and out of necessity.

“It was very hard on mom and it was hard on us too. We were never mistreated, but we were very lonely. We did learn some very valuable lessons. Living at the boarding school we learned to live with different people and to speak English. We learned to be resourceful and to work independently. We became responsible,” said Meagher.

She said it also brought her closer to her siblings. The children no longer fought – it was them against the world.

Meagher was 15 when her family moved to Lachute. She attended the Lachute High School and was able to live with her parents again.

After graduating from high school, Meagher attended MacDonald College, where she attained a teaching degree. She was among the first teachers in the province to teach French immersion and says that she lead a very rewarding career that was shaped by her early experiences. Her career came second to raising her own three children and living a life Meagher says she was proud of.

Now that her own children are grown and beginning to have children of their own, Meagher said she wanted to preserve the stories of her youth for her grandchildren. She began writing down her stories 12 years ago, and then put the book in a drawer, where it has remained since it was completed.

Earlier this year, one of Meagher’s colleagues, Sheila Hébert, had a book published with The Review. It reminded Meagher of her own book left sitting in a drawer and she said she felt inspired to revise her novel and send it to print.

Meagher hopes that her mother’s life and the struggles she overcame living in rugged circumstances in Quebec in the early-1900s will resound with other people of similar backgrounds. It will also serve to teach younger generations about the not-so-distant past and how much things have changed in the past century.

“Footprints of a Pioneer: The Story of Yvonne,” is now available for purchase at The Review offices, in Vankleek Hill, for $20 per copy. You can also purchase the book online here.