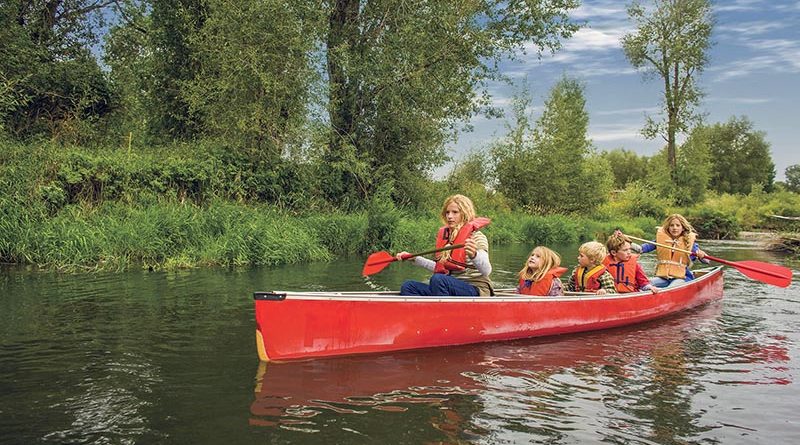 An Open Letter to Champlain Township Mayor Gary Barton,
I’m going to assume something here, even though the public meeting was to hear the communities’ opinion on the proposed cement plant (and it’s more than obvious the majority of those attending are against it. ) My gut is telling me and many others that you may be leaning towards changing the zoning to industrial use, regardless of public opinion.

Assuming I am right, I would like to use this opportunity to express my concerns about this huge choice.
I do not blame you for wanting to better your community by offering jobs and an industry that will supposedly help the communities’ growth. This is a mayor’s job, and you have offered nothing but excellence in the past.

Today I’m asking you to continue to be that strong voice and heart we take such pride in.
Our waterfront is a very special place, a place that we call our home. It’s hard to express the beauty we see in the sunsets. The geese, blue herons and  eagles, that I’ll add, have just recently returned to the area after so many years. Why the eagles disappeared in the first place could be debated, but the reason they returned is a clear indicator that they have found a healthy sanctuary in our region once again.

Before our region became home to the farmers and loggers, it was home to the Algonquin people. The waterways that we now call the Ottawa river was once a major network shared by the First Peoples of Canada. The river was and still is a sacred river to them.

Canada has a dark history towards the First Nations People and our region is not immune to this fact. First Nations people were lied too, removed from their homes, placed on reserves, had their children taken away and forced into residential schools. Meanwhile the settlers stole the land itself, and raped her of her resources.

The federal and provincial governments have been working diligently in the recent years to try to heal the deep wounds that were inflicted by the settlers. A cement plant in our region will be a major step backwards in these efforts.

It is important to understand that the Ottawa river and our area are recorded in what the Aboriginal people call “the Seventh Fire Prophecy”.

This is part of the sacred migration of the Anishinawbek that dates back to pre contact. Each of the seven fires signify times in history that have now come true, and as the prophecy states, we are now in the time of the “7th fire.”

(I’ve included an excerpt from the prophecy regarding the time we are now in. I hope you full absorb its words.) This prophecy came to the First Nations people far before the arrival of the Settlers and has been translated through the generations. It is something many nations in North America take as their Natural Law.

Algonquin Chief William Commanda, Order of Canada, quoted, “It is this time that the light skinned race will be given a choice between two roads. One road will be green and lush, and very inviting. The other road will be black and charred, and walking it will cut their feet.  If the light skinned race makes the wrong choice of the roads, then the destruction which they brought with them in coming to this country will come back at them and cause much suffering and death to all.”

I am not an expert on the culture, nor do I claim to understand all of the Teachings. I have much to learn. But living amongst First Nations friends for over 20 years I have become very accustomed to the life and its natural laws. I am truly blessed and honoured when I say that it is my duty as a woman who walks in both worlds to spread the message from one world to the other respectfully.

If this cement plant comes to town, it will change the face of our community dramatically.  No fact or scientific paper can deny the evidence of the pollution cement plants create. I want our waters clean, our air pure, I want to go forward to a time where we respect nature as a part of us and not separate from us. I want us to acknowledge we live on Algonquin territory and to be able to be friends with the First Nations people. I want them to know we stand beside them in protecting what was essentially theirs. I want our community to assist in the healing rather than add to the pain.

Although First Nations may not reside in our exact geographic area of influence,  they recognize they have a Duty of Care in this matter. And in the truest spirit of Reconciliation to which the Federal Government refers, we must consider their opinions.

I wish wholeheartedly that I could show you more. That I could give you the teachings and the experiences I’ve had in my life, and that you could see through my eyes. Without a doubt you would not question for one second your decision, you would protect our water and the land with as much integrity and strength as the First Nations do.

In closing , I have consulted with key individuals of Kanehsatake, Mohawk Nation (Oka, Quebec) and the Algonquins of Kitigan Zibi, on this matter. Our Aboriginal neighbours both east and west of us vote a “NO” to the proposed cement plant.
With great confidence, We all await your decision, all my relations, 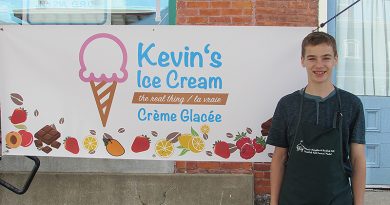