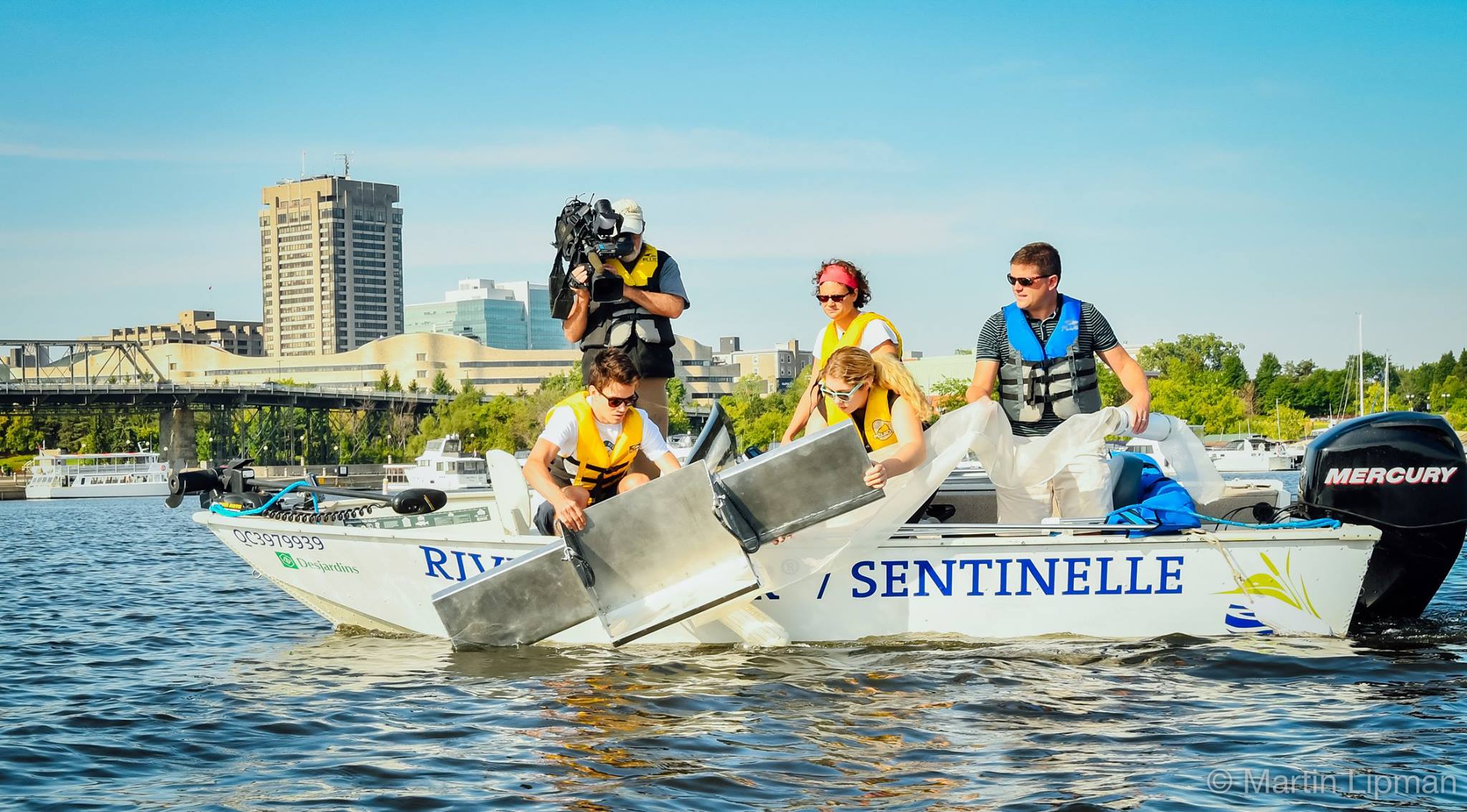 Researchers used a fine net to find microplastics in samples of water in the Ottawa River. Photo: Facebook/Martin Lipman

A study by Ottawa River Keeper and Carleton University has found “significant” microplastic pollution in the Ottawa River.

It was the first-ever study of microplastic pollution in the Ottawa River. The researchers, Meaghan Murphy of Ottawa Riverkeeper and Jesse Vermaire of Carleton University, used a fine mesh net attached to a motor boat to gather samples on the river. Volunteers also gathered samples by hand at various locations between Lake Timiskaming and Hudson, Quebec.

The results of the study were shared in a media release from Ottawa Riverkeeper on October 17. The researchers found microplastic pollution in the river to be similar to that in Great Lakes Tributaries and some European Rivers. There were microplastics found at all 58 sample sites, and the highest concentration of plastics was found in the Ottawa/Gatineau area. The study found that Ottawa’s sewage treatment plant is a major contributor to microbead pollution. The concentration of the small, plastic beads often found in soaps and similar products was 16 times higher downstream of the plant than in the rest of the river. Microbeads are already banned in the United States and are set to be banned in Canada by the end of 2017. The release says this study could be used as a baseline in the future, to see if the amount of microbeads in the river is reduced after the ban comes into effect.

But microbeads aren’t the only kind of microplastic. Microplastics are defined as pieces of plastic less than 5 mm in diameter, and the study found microbeads only account for nine per cent of the plastic in the Ottawa River. The majority, 74 per cent, of microplastics in the river can be classified as plastic fibers. The researchers say synthetic clothing could be a major source of these fibres, because one piece of clothing can release up to 2000 fibres when washed. The remaining 18 per cent comes from larger plastic garbage, like straws, that have broken down into tiny fragments. In a media release, Murphy said while the microbead ban is welcome, it’s not sufficient: “More than 90% of the microplastic pollution in the Ottawa River comes from sources other than personal care products….we can all do our part by going on a plastic diet…reducing, reusing and recycling the plastics we do use, and picking up plastic litter in our neighborhoods, but the government needs to do its part too. We need more research on the environmental impacts of these pollutants and strategies for reducing inputs from other major sources besides personal care products.”