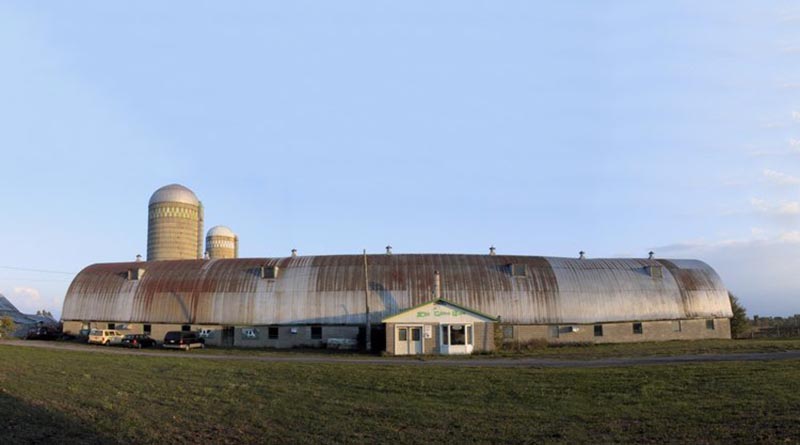 One of the owners of The Grand Barn says he’s moving on, after the campground on the East Hawkesbury property was shut down after 18 years.

Thaila Riden says he’s working on a new project which will comply with the property’s agricultural zoning: “I’m working on developing an Aquaponics farm with a team of bright young entrepreneurs, and with guidance of the Entrepreneurial Academy. We’ve recently incorporated. I have informed my Township of my plans, and I have been told that this will be compliant with our zoning,” he said in an email.

The campers on the property have been removed, and Riden says he and his family are working hard to comply with zoning rules. The Grand Barn does not offer camping anymore, but Riden said he will still host friends and music at the barn, in legal ways. “There is a community of friends that is The Grand Barn, beyond a business, beyond a campground,” he said.

The Ridens were asked to shut down the Grand Barn campground after a complaint was sent to East Hawkesbury last fall. The complaint, which was obtained by The Review, was received by the municipality in late October, 2015.

“We have great reservations concerning the collection of raw sewage,” wrote the complainants. “We ask if this property is zoned as an agricultural property, or is the owner operating a compound business on a residential property zoned for agricultural use solely? Furthermore, the buildings and structure are not visually appealing, or seem to be in a good state of repair for operating a business.”

The letter says the people making the complaint had previously asked for a meeting with Mayor Robert Kirby. They had also raised concerns about the situation two years before, according to the letter. “We (redacted) can no longer accept our Township’s members of council turning a blind eye to what may be a serious environmental issue, as well as a violation of running a business in an area zoned for agricultural purposes only.”

The municipality reacted relatively quickly, and the owners of the Grand Barn received a letter on November 10, asking them to make sure the property was compliant with its zoning.

The complainants had asked for more, however – “we request that an inspector from the Ministry of the Environment investigate,” says the letter, “as we feel that our health and welfare may be at risk. In addition, we would like a written response regarding the findings.” The letter doesn’t threaten any legal action, but at the end says, “we hope that we do not have to take further action beyond a local level.”