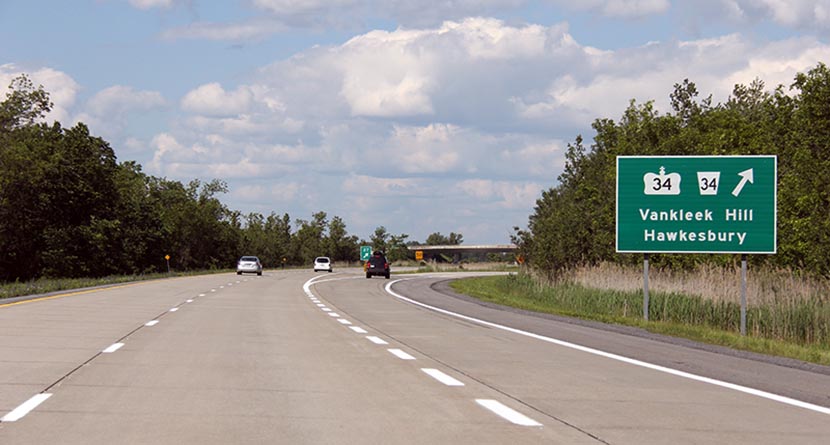 The provincial government announced Thursday it will spend $40 million widening nine kilometers of congestion-prone Highway 17 in Prescott and Russell – when a report recently completed by the counties found it will cost $107 million.

The province didn’t give a dollar amount when it committed to the project in its 2016 budget, released in February.

The announcement is “a really good step,” said United Counties Warden Guy Desjardins, and Prescott Russell will look for more funding elsewhere. “It’s a good amount, and if we get the same amount or more from the Federal, I’m sure we can work with it,” he said, adding the Federal government has “got programs coming” for infrastructure, but “hasn’t said anything yet” about Highway 17 in particular. The counties may have to consider contributing as well, he said.

The City of Ottawa was offered $40 million from both the Federal and Provincial governments in 2007 for work on Highway 17 between Trim Road in Orleans and Landry Road in Rockland, but ultimately decided not to go ahead.