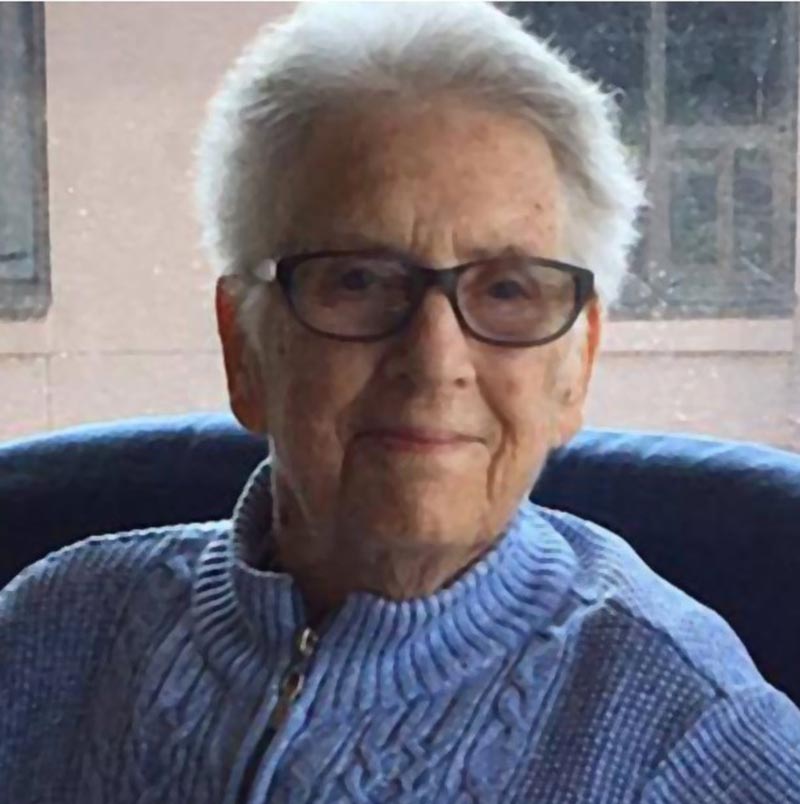 SIVERSKY, RHODA
Peacefully on Friday, October 20th, 2017 at Cama Woodlands, Burlington, Rhoda Siversky (née Pearson) passed away in her 87th year. Beloved wife to the late Sidney Siversky. Devoted mother to Joan Siversky (Rene Poudrier), Sherill (Howard) Roberts, and the late Glenn Siversky. Cherished grandmother to Emma (Austin), Evan, and Rachel. Predeceased by her brother, Glen Pearson. Rhoda will be fondly remembered by her brothers-in-law, sister-in-law, her many nieces, nephews and beloved friends. The family would like to thank the staff at Cama Woodlands for their compassionate care. A service of remembrance will take place on Saturday, October 28, 2017 at 11 am at Trinity United Church 14 Mill Street, Vankleek Hill with a reception to follow at the Vankleek Hill Curling Club. In lieu of flowers, donations to Cama Woodlands Nursing Home 159 Panin Road, Burlington, Ontario L7P 5A6 or CHEO Foundation 415 Smyth Road, Ottawa, Ontario K1H 8M8 would be sincerely appreciated by the family. To express your condolences, make a donation, plant a “Tree of Remembrance” for Rhoda please visit www.hillcrestfuneralhome.ca. Funeral arrangements entrusted to Hillcrest Funeral Home 151 Bond Street, Vankleek Hill, Ontario K0B 1R0 (866) 678-2001.