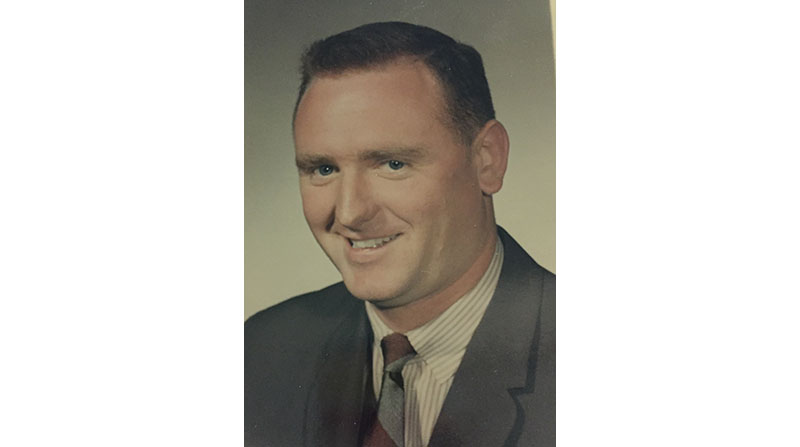 It is with great sadness that the family of Robert Alexander Binmore shares that he died peacefully at 10:50 p.m. on December 3rd, 2020 at Harmony Hills Care Community in Toronto. Bob is survived by his daughters, Julie Ann (Frank) and Jennifer Clifton and his beloved grandkids Kara Brommecker and Julien Hume. He is also survived by his former wife and mother of his daughters, Diane (Pibus). Bob was predeceased by his parents Frank and Muriel (Alexander), stepmother Marjorie (Hay), and brother David (Merle). Bob took great pleasure in seeing the art work and Lego buildings created by his grandchildren but especially that they had his big blue eyes. Bob was born in Montreal, Quebec and led a vibrant and colourful life. He was known for his incredible work ethic and his pursuit of a wide variety of occupations. It began in his teens when Bob worked as a lumberjack in New Brunswick. He later graduated from Sir George Williams University (now Concordia) and began a successful career with Bell Canada. Next was his work teaching History, Geography and Law to students at Beaconsfield High School. With summers off, he pursued his greatest pride of running his own parking lot design business, R.A. Binmore Contractors. He was proud to conduct business in many languages and to have an upbeat, humorous rapport with his many clients and friends. Bob was happiest when close to the water and for 37 years enjoyed his home on the Ottawa River in Hawkesbury, Ontario. Bob was gregarious and principled and involved politically in a number of ways, notably when he served on a committee that chose Canada’s postage stamps for 2 years. Among his many interests was a great passion for law and justice. He proudly served on the Parole Board of Ontario for several years. Bob spent a lifetime of summers in Ocean Park, Maine with his family and dear friends, Jen’s namesake, the Cliftons. His daughters fondly remember long summer afternoons at the beach, splashing in the waves and collecting sand dollars. Bob spent his final years at Harmony Hills Care Community in Toronto. Julie and Jen would like to express their deep gratitude to the team for their loving care. According to Bob’s wishes, a cremation has taken place in Toronto. In lieu of flowers, donations can be made to Alzheimer’s Society of Canada or a tree may be planted to help beautify and care for the country that Bob loved so much. Julie and Jen invite friends and family to share memories of their father on this memorial webpage and/or cards of condolences may be sent to the Binmore family by postal mail to: The Binmore Family, c/o eco Cremation & Burial Services Inc., Administrative Offices, 208 Kingston Road, Toronto, ON M4L 1S7. Donations, tree planting and sharing of memories may be made via his memorial web page at www.ecofuneral.ca using the links/tabs available.