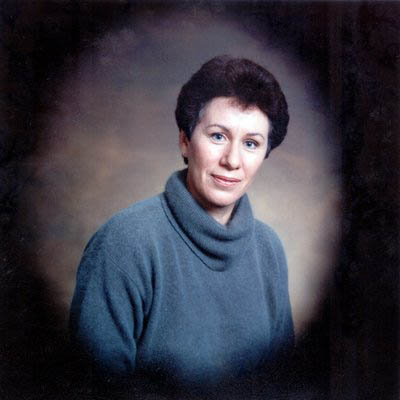 It is with great sadness that the family of Dr. Patricia Arenas announces her passing on July 16, 2018. Patricia was born on the 26th of June, 1948 at the Canadian Red Cross Memorial Hospital in Taplow, Buckinghamshire, England. At the age of four, she accompanied her parents and two older brothers on a long journey across the Atlantic to begin a new life in Canada. They lived briefly in Montreal before settling in Ottawa. Patricia excelled academically and had an ambitious dream to become a medical doctor at a time when women were told to choose nursing as a profession, not to consider becoming doctors. When she graduated from the University of Ottawa in 1973, Patricia was one of only two female students to receive her medical doctorate.
Upon graduation, Patricia chose to practice medicine in Casselman, a largely rural and under-serviced area. She taught herself French and practiced medicine in the same community, continuously, for an astonishing 44 years. A tireless and dedicated practitioner, Patricia was a rare breed of doctor, one who continued the now uncommon practice of making house calls. She also provided palliative care to patients who wanted end-of-life care at home. Over four and a half decades, Patricia touched the lives of thousands of people in her community. She will be sadly missed not only by her family and friends, but also by her medical colleagues and patients of the Casselman Medical Centre. A sensitive soul who found beauty and solace in nature, Patricia loved animals and was never without a menagerie of beloved pets. She was a voracious reader, a fantastic cook, a talented artist and loved to work in her beautiful perennial gardens. Patricia is predeceased by her parents, Joan and Victor Williams and her younger brother, Stephen (Janyne). She will be forever missed by her two daughters, Julia (Martin) and Jennifer (Marc) and her six grandchildren, Lara, Kate, Madeleine, Evan, Ieuan and Catrin. She leaves behind her two older brothers, Roger (Elizabeth) and Peter (Gladys) along with her many nieces and nephews. A family ceremony is to be held at the Hillcrest Funeral Home in Vankleek Hill. Friends, colleagues and patients are invited to join the family in a Celebration of Patricia’s Life on Thursday, July 26, 2018 from 3 to 6 pm at the Vankleek Hill Curling Club, 136 Bond Street, Vankleek Hill, Ontario. For those who so desire, donations to the Heart and Stroke Foundation 237 Water Street East, Unit# 1, Cornwall, Ontario K6H 1A2 would be appreciated. To express your condolences, send flowers, make a donation or plant a “Tree of Remembrance” for Patricia, please visit www.hillcrestfuneralhome.ca Funeral arrangements entrusted to Hillcrest Funeral Home, 151 Bond Street, Vankleek Hill, Ontario K0B 1R0 (866) 678-2001.