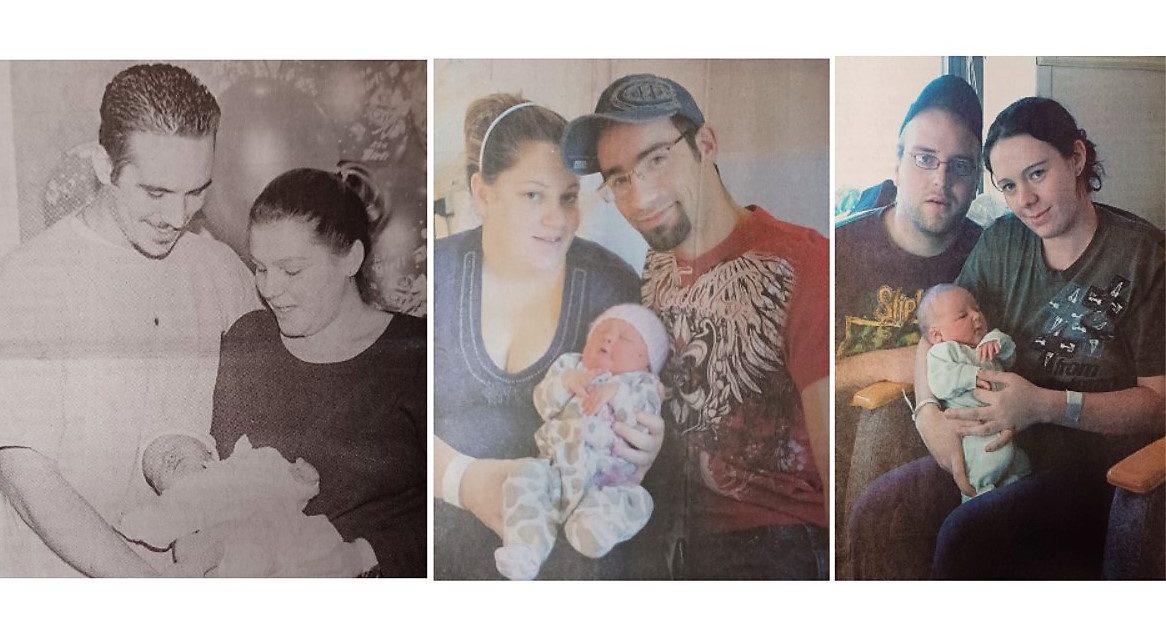 Every January, The Review always makes a special effort to ensure the first baby born that year at Hawkesbury and District General Hospital (HGH) is featured prominently. The first baby of the new year is always a symbol of promise and celebration. We decided to try and catch up with some of our past new year’s babies. We found out what three of them are up to now.

Keliane-Emmanuelle Dignard was born at 9:10 a.m. on Friday, January 3, 1997. Her parents are Veronique Brabant and Eric Dignard.

Keliane attended school at École élémentaire publique Nouvel-Horizon and École secondaire publique Le Sommet in Hawkesbury. She took further training in secretarial and office administration skills and now works for a finance company as a quality assurance analyst. She lives in Vankleek Hill with her partner Jeremy Demers.

Keliane said that growing up, her birthday was fortunately never set aside and blended in with other holiday celebrations.

“It wasn’t mixed together, but it’s pretty close!” she said.

Eric Dignard said there was some competition back in 1997 for who could be HGH’s first baby that year.

“There were other people who were at the hospital on the third,” he recalled.

Keliane was the first grandchild in Dignard’s family. She also has a younger sister Jerika, two stepsisters and one stepbrother.

Spring Flower Bigelow was born at 8:48 p.m. on Monday, January 1, 2007, at HGH. Her mother is Lysa Martel-Bigelow and her father is Russell Bigelow. Spring Flower grew up in Kilmar with her younger sister Montanna, who is 13, and her six-year-old brother Dalton.

According to Lysa, Spring Flower was originally due on December 24, 2006, but arrived eight days later on January 1, and shared a birthday with her late great grandmother, Hazel Beaton.

“I enjoy having my birthday on New Year’s Day and yes, we do include my birthday by having a cake and friends over,” she said.

Spring Flower is currently finishing secondary school at Laurentian Regional High School in Lachute and working at Neil’s Ultramar in Calumet. She would like to eventually attend film school in Toronto.

Emma Larocque was HGH’s first baby back in 2012. She was born on Wednesday, January 4 at 10:01 p.m. to mother Izabelle Grenier and father François Larocque.

Izabelle says Emma is not shy and is in Grade five at École élémentaire publique Nouvel-Horizon in Hawkesbury. She plays volleyball on the school team and also enjoys gymnastics and dance. Emma also has a younger sister who is seven years old.