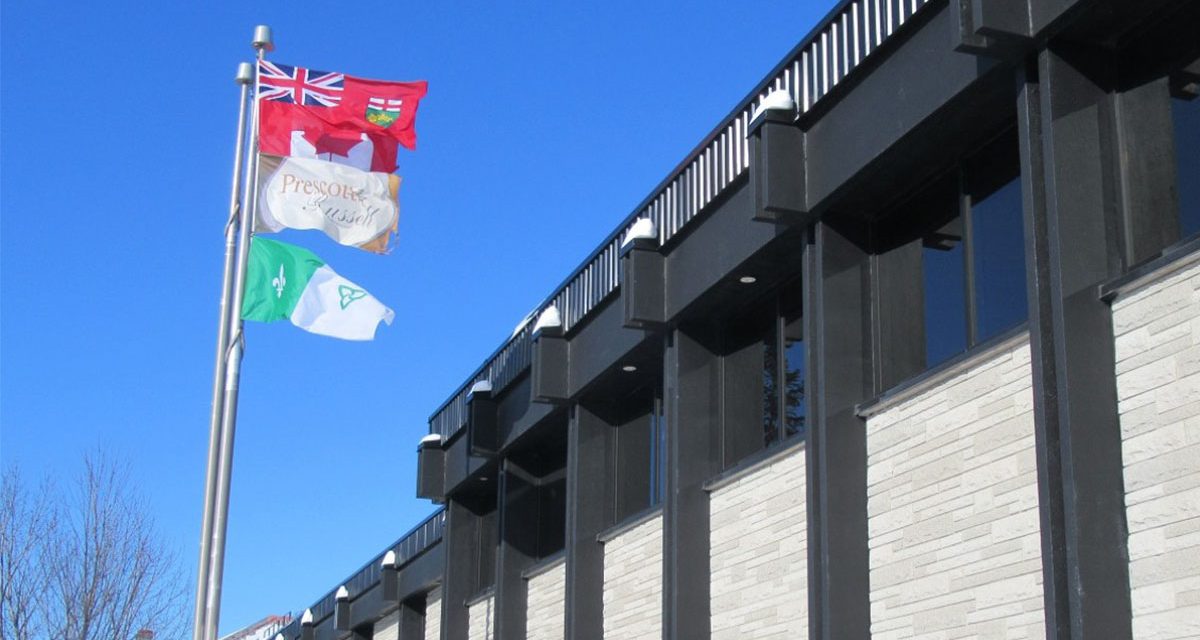 United Counties of Prescott and Russell administration building in L’Orignal.

The United Counties of Prescott and Russell (UCPR) 2023 budget has been adopted, with the 3.53 per cent tax levy increase the eight mayors had agreed upon in December 2022.

“There are no surprises in the report I’m presenting today since the past three budget meetings,” Treasurer Valérie Parisien said on January 11, before UCPR council adopted the budget by-law.

The motion to adopt the 2023 UCPR Budget bylaw was moved by Casselman Mayor Geneviève Lajoie. It was seconded by The Nation Mayor Francis Brière before being unanimously approved by council.