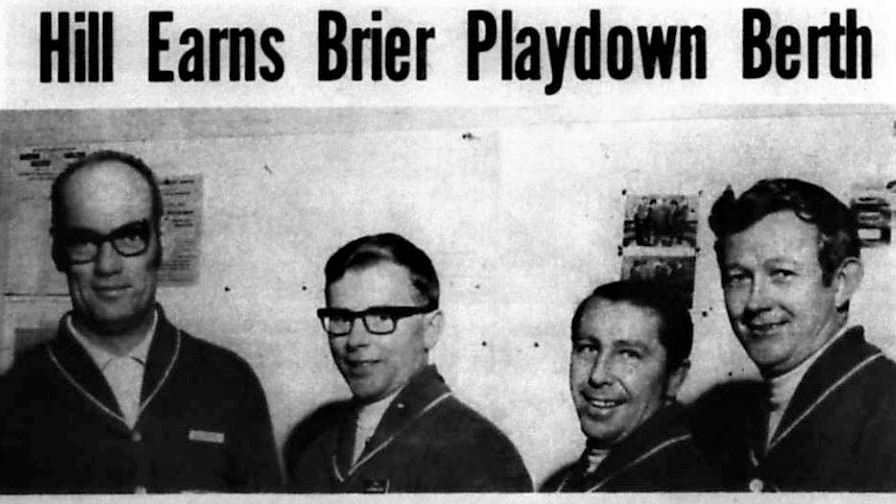 From the January 17, 1973 edition of The Review: A Vankleek Hill curling rink became the first ever to qualify for the MacDonald Brier Division 1 playoffs. The rink was skipped by Al Dunsmore and included Sid Burwash, Mac Hall and Mac McIntyre. Photo: Review Archives

The Review, January 16, 2013 – HAWKESBURY – Like most Ontario hospitals, Hawkesbury and District General Hospital is feeling the strain of a flu season that not only started early, but is making people very sick. Martin Lacelle, communications coordinator at the hospital, confirmed the emergency room is operating at full capacity. According to Dr. Paul Roumeliotis, chief medical officer for the Eastern Ontario Health Unit, the region is experiencing the same level of flu outbreaks as the rest of the province this year, after having had very few cases last winter.

The Review, January 21, 1998 – EAST HAWKESBURY – Electricity is scheduled to be restored to most area residents soon, but patience is wearing thin in rural districts, where many customers have been without power for almost three weeks. “People are fed up,” said East Hawkesbury Reeve Michel Lalonde, whose municipality is one of the last to have power restored in the wake of the ice storm that hit the region January 5. Service is expected to be fully restored to all communities in Champlain, East Hawkesbury and North Glengarry by Friday.

The Review, January 17, 1973 – VANKLEEK HILL – For the first time in history, a Vankleek Hill Curling Club rink will enter the Division 1 playdowns leading to the coveted MacDonald Brier, the top Canadian Curling bonspiel. Last week in Cornwall in the Division 1c playdowns, a double knockout competition saw the rink skipped by Sid Burwash, along with Mac Hall, Mac McIntyre and Wayne Conway – filling in for holidaying Al Dunsmore – top Winchester and Gananoque. On Sunday, with Al back and skipping but throwing lead rocks, the foursome handed Bill Dickie’s Cornwall rink a 9-6 setback to earn their spot in next weekend’s Division 1 playdowns.

The Review, January 22, 1948 – HAWKESBURY – Pilots and student pilots of the Hawkesbury Flying Club took off from the Hawkesbury Aerodrome early Sunday morning to attend a Breakfast Flight hosted at Uplands Airport by members of the Ottawa Flying Club. The club sent two aircraft that are being operated this winter, one a Fleet Canuck and the other an Aeronca.

The Review, January 26, 1923 – MAXVILLE – Maxville can now boast of a hotel that is second to none, thanks to businessman Donald Duperon. On Monday, the new King George Hotel was opened on the site of the old Commercial Hotel, which was destroyed in the disastrous fire of May 8, 1921. The new hotel occupies a commanding location at the corner of Main and Car streets. The two-storey structure of shell-pressed brick, with cement block corner trimming and window and door sills, features an upper storey gallery that runs the full width of the building. Hardwood floors are laid throughout and the interior finish is of ornamental metal.