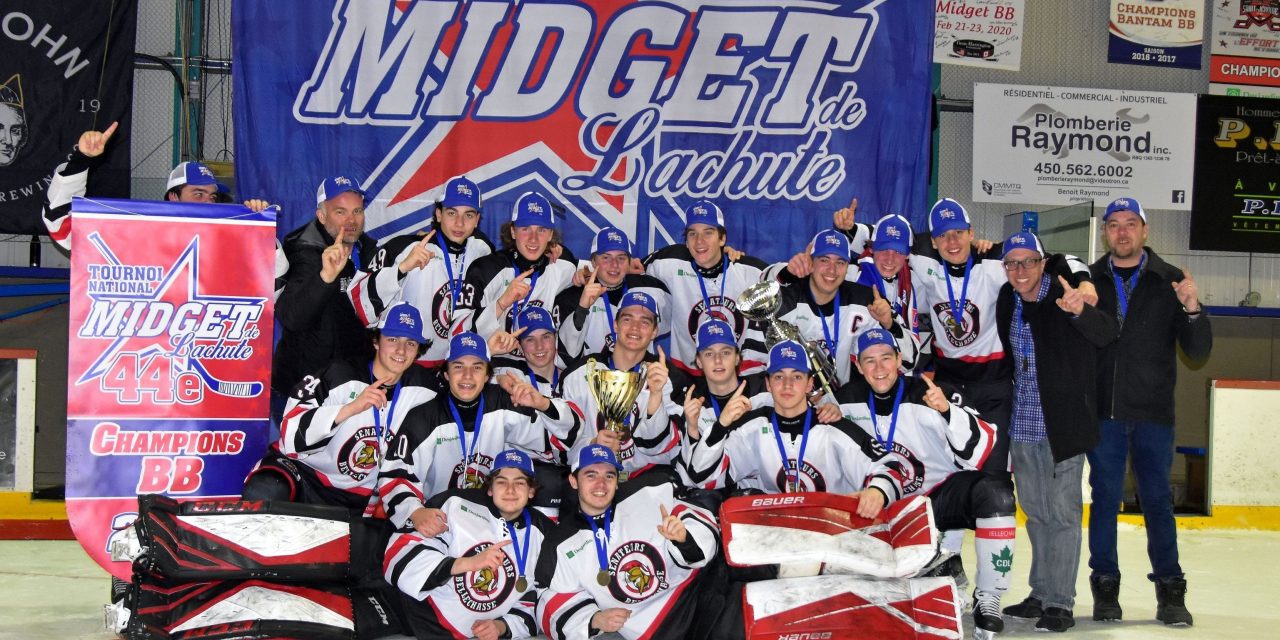 The Senateurs Regroupement BNB (above photo) from Beauce, Québec, defeated the Montreal Braves of The North 4-3 in the BB final of the Lachute National Midget (U18) Hockey Tournament on Sunday, January 15. Photo: Sylvain Lauwers

The first week of activities of the 44th edition of the Lachute National Midget (U18) Hockey Tournament ended with a victory for the Senateurs Regroupement BNB from Beauce, Québec.

The BB caliber team did not let itself be intimidated by its opponents, winning all five of the games they played in the tournament. On Sunday night (January 15) in the BB finale, the Senateurs Regroupement BNB defeated the Montreal Braves of The North by the score of 4-3.

Earlier in the day, the Lachute’s Stars Atome C (U11) won the top honours in their category in front of their hometown fans.

The second week of competition in the Lachute tournament began on Monday, January 16, for both Midget level (U18) and for players under 11 years old.

Three teams from Eastern Ontario will be playing this week. The Cobras AA (U11) will be on the ice at the Kevin Lowe / Pierre Pagé Arena on Tuesday (January 17) and Wednesday (January 18) at 6:30 p.m. Also in the Atome (U11) division, the Fusion EPR B plays at 5:30 p.m. on January 17, while the Casselman-Embrun Ice Dogs will make their debut late Monday night at the Gilles Lupien Arena in Brownsburg-Chatam in the Midget A class (U18).

Text and photos by S. Lauwers