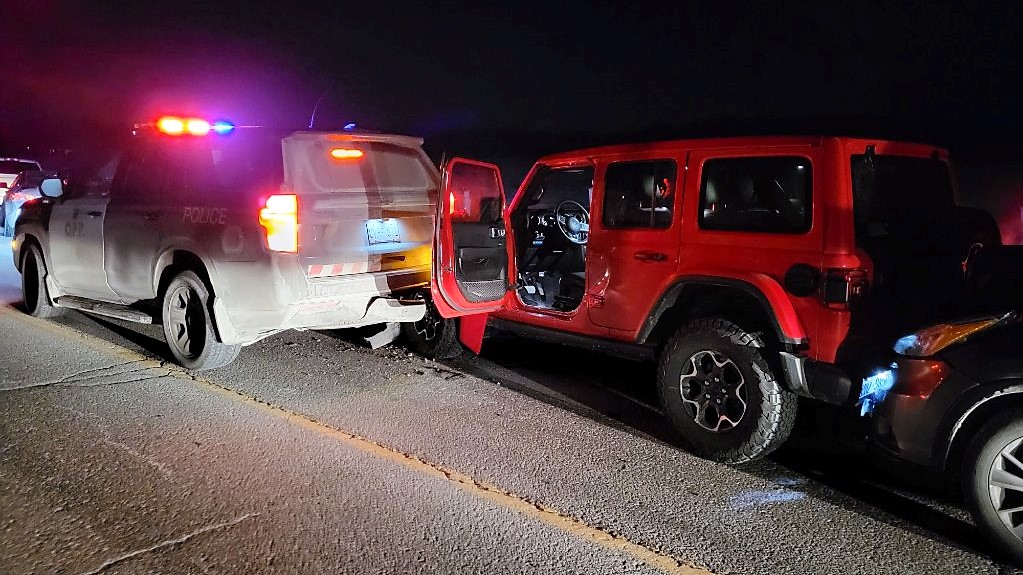 A Laval, Québec, man has been charged with possession of stolen property and dangerous operation of a motor vehicle, after failing to stop for Ontario Provincial Police (OPP) officers and striking two police vehicles.

The arrest was made by members of the East Region Community Street Crime Unit (CSCU) and the Russell County Detachment of the OPP.

On January 11, shortly after 4 a.m., officers observed a vehicle that matched the description of one that was stolen from the Ottawa area. The vehicle was observed eastbound on Highway 417 near the Limoges exit.

The driver failed to stop for police and eventually struck two police vehicles when a traffic stop was attempted. There were no injuries.

During the investigation, the lone occupant was arrested, and the vehicle was seized.

As a result of the investigation, Chadson GASPARD, age 18, from Laval, Quebec, was charged under the Criminal Code (CC) with: