A paean for two wheels 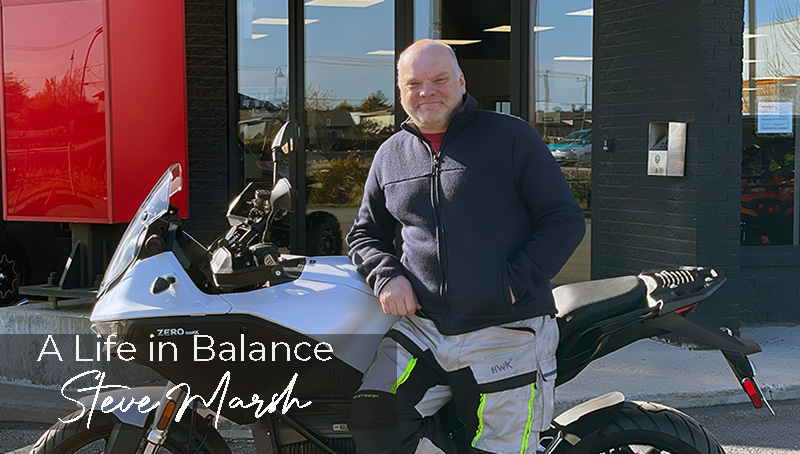 Ahh, two wheels. The essence of freedom, the long winding roads, human and machine in a symphony of movement, a dance of control, a largely unvoiced agreement to take the soul on a journey whilst the body tags along.

In my homeland, riding is a year-round endeavour. Admittedly in the winter months it is a little tiring, wet, cold and dreary much of the time and less appealing as a result. But no less fun: part of the joy of riding a motorcycle is that feeling you get when you’ve accomplished something real. Like riding through a wet snowstorm on a December day to get home after a long day at work: it sucks at the time and you find yourself shrinking into the core of the thing, just you and the bike against the world, with the weather not helping. But when you are done, it’s another adventure fulfilled – you did this thing, maybe cheated death one more time. Not here.

In September I rode to work, which is in Oshawa, so not a short distance away. I drive an electric motorcycle, which is a story for another time, and at the point I was on my previous bike, which had a smaller battery than the one I have now. So I stopped at Napanee in a motel for the night, because it seemed like a good idea at the time (I’d started late). The next day I was to be up at 5 a.m. to ride in to Oshawa for a conference.

It rained all night and at 5 a.m. it was still coming down in buckets. Cats and dogs had already fallen and headed home, because it was just too wet. As I merged onto the 401 in the dark, I was thankful I’d installed extra lighting on the bike – for one thing, in the rain visibility was about 20 metres, less at times, and being visible is good, right? But being able to see is good too, and seeing was in short supply, with the rain pelting my visor, running down the inside of it, fogging up my view, filling (literally) my boots with its sticky wetness. The ride to Oshawa was, for want of a better word, insane. Or at least I was insane to have attempted it and more than once I was tempted to turn around, but I persevered.

At the time it was quite awful, although there is something primeval about hunkering down, riding in a tiny envelope of very vulnerable humanity whilst huge hungry predators – semis and trucks and cars – weave around at speeds that, even in a car, I wouldn’t have been driving.

The 401 sucks. But I got there and as I parked the bike in the lot at work I found myself, as wet and tired as I have been in a very long time, laughing. Because that was another adventure accomplished, another small thumbing of my nose at the inevitability of ending. Because, in other words, I made it.

I could have done the journey in a car and the result would have been a quick reflection at the end of the drive, similar to “well, that was some rain!” with nary a second thought. But where is the joy in that? There is joy in facing up to hardship, and getting through to the other side. Safety? Not really. Joy? In abundance.

Riding a motorcycle is a way of being. It’s being vulnerable, powerful, other. I wouldn’t change it for the world, because the point at which I finally stop is the point at which I lose my ability to wonder at the small things: the scent of hay as I pass a field in the fall, the noises of wetlands in spring, the feel of the cold at I ride through tiny pockets of mist on a summer’s morning. And that would be a great loss. In fact, it already has been because, for a few years while my children were tiny, I did stop. Because I was asked (told!) and not because I saw the lifestyle as dangerous. So many people seem to believe it is.

I have a secret for you: of course it is dangerous. Rock-climbing is dangerous. Walking across the street is dangerous. The difference between motorcycling or rock-climbing and crossing the street is that of a sense of joy at being in the moment, totally focused – so focused in fact that many minutes, or even hours can go by without conscious thought, just you and the task at hand. So focused that every so often your thinking brain wakes up and you ask yourself “where was I?” with the sense of wonder that you are another 50 feet up, or 50 kilometres further along the road.

And yet, pity the two-wheeled human, because at this time of year, at least in this country, the joy is put aside for a while, and the steeds go into hibernation. Oh, it’s possible to ride occasionally even in the depths of winter, but largely the mode of transport is of necessity put aside, or in my case brought into the living room, where I can gaze at the sleek lines and plan longer trips next year.

Pity the motorcyclist at the time of year, while you light your trees and sing your happy Christmas songs, because for the motorcyclist, the dark months are upon us, and the joy of riding is stilled.

Just for a while. 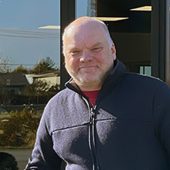 Steve Marsh is a university professor, motorcyclist, reader and writer, who rides and drives electric vehicles. He lives in Dalkeith with his family and assorted animals.