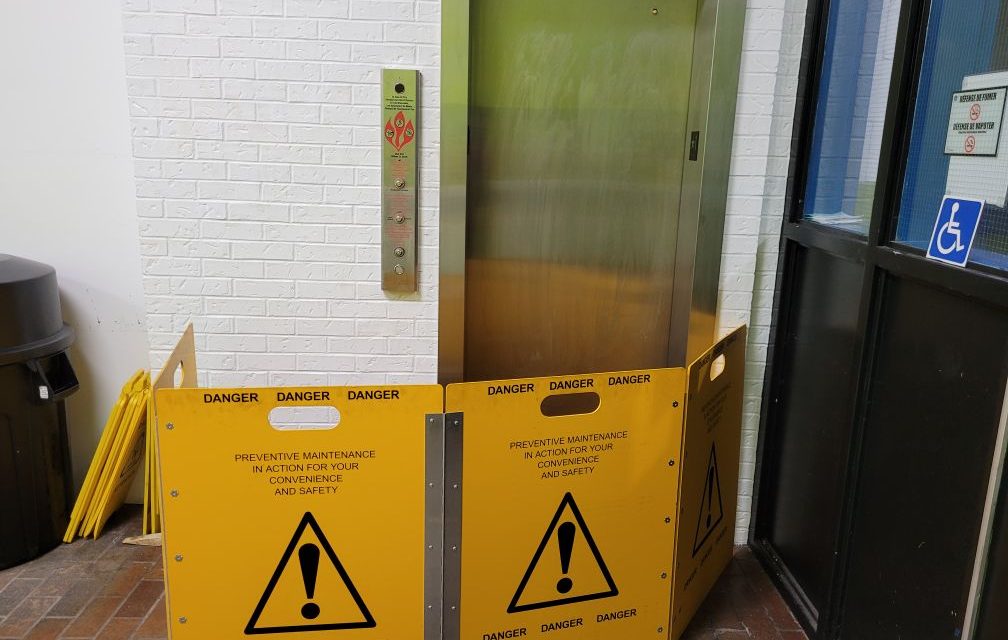 Barriers are around the door of the new elevator at the Robert Hartley Sports Complex in Hawkesbury. The new elevator cannot be used until it is inspected by the TSSA. Photo: Reid Masson

The new elevator at the Robert Hartley Sports Complex in Hawkesbury is not stuck, but it sits unused because it has not been inspected yet.

In March 2022, council approved the $156,975 installation of a new elevator. The new elevator was installed in the following months and is now complete. However, it cannot be legally used until the Technical Standards and Safety Authority (TSSA) – the provincial agency responsible for elevator safety and licensing – inspects the new elevator and issues a licence.

The lack of an operating elevator has limited access to the second level of the complex for people who cannot take the stairs. It also has made it more difficult for large objects to be moved from one level of the building to another.

On November 23, the inaugural meeting for the new town council was held in the multi-function hall on the main level of the complex, so that it could be accessible to all who attended.

According to Acting Director of Recreation and Tourism Geneviève Goulet, the engineer responsible for the elevator project submitted a revised application to the TSSA on December 2. Goulet explained that once the TSSA approves the application, Rideau Elevator – the contractor whom the town hired for the construction project – will then be able to call for an inspection. The target date for that inspection was December 12 or 13.

As of Thursday, December 15, the elevator was still not in service and barriers were set up around the door to prevent access.