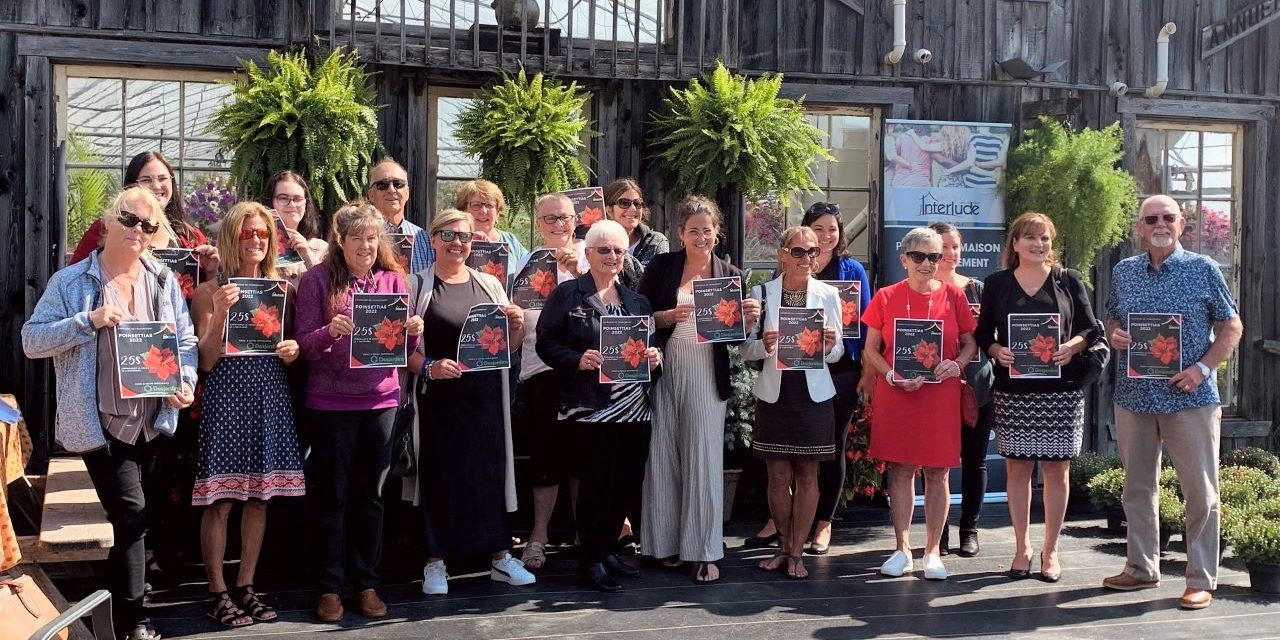 Maison Interlude House (MIH) has been supporting women victims of domestic violence and their children in Prescott-Russell and Stormont, Dundas and Glengarry (SD&G) since the organization’s inception 40 years ago.

Established in 1983, MIH has become a multi-services organization to better meet the various needs of women in Eastern Ontario. At its beginning MIH provided services exclusively in Prescott and Russell, but in 2003 the organization’s mandate was expanded to provide services as well to SD&G.

“In the 40 years a lot has happened,” says Muriel Lalonde, Executive Director of MIH. “Unfortunately after 40 years, the need is even greater than it was – the numbers keep going up.”

Donations to MIH more important than ever

Fundraising plays a huge part for MIH in meeting the increased need, as government support for the the organization has remained for the most part static.

“The funding that we get from the ministry hasn’t increased, even though the cost of living has increased significantly,” Lalonde notes. “Donations are more important now than ever, especially with the price hikes that we are all living with.”

MIH began a Christmas Poinsettia campaign in 2021, selling the plants to help raise funds for the organization. This year’s campaign saw 1,088 plants sold and $34,000 raised for MIH. The money goes to support the various programs at Maison Interlude House.

But those who wish to contribute to MIH don’t have to wait for a special occasion, or fundraising campaign. Donations can be made year round to MIH through the organization’s website at https://www.minterludeh.ca/en/about-us/donate/. Anyone who makes a donation to MIH will receive a tax-deductible receipt.

“If they would like to donate on a regular basis, such as $20 a month, they can set that up in the system,” explains MIH’s executive director. “We’ve also had organizations do their own fundraising and donate the funds to us.”

“There are a lot of ways for people to help us.”

Volunteer your time to help MIH

Another way to assist Maison Interlude House is by becoming a volunteer to help out in person. MIH volunteer are always needed to drive clientele to different appointments, for babysitting, or to help get to the organization’s shelter. There are also numerous other way to donate one’s time.

“If they have some kind of talent and would like to share that talent by offering classes in our shelter, they can do that,” says Lalonde, on the many ways members of the public can help MIH.

“Anything is pretty much possible, as far as volunteering with us.”

MIH has one primary shelter for its clients in Prescott-Russell. The majority of MIH clients are serviced through its outreach program, offered across all five counties.

“The women don’t have to come to the shelter to receive services,” Lalonde notes.

A growing need for MIH clients is getting help to find a place to live. With rental prices seeing massive increases, the task of finding an apartment for the organization’s low-income clients has become a major challenge.

“To find an apartment has been crazy for everyone over the past two years, but for our clientele it’s even more of a problem,” Lalonde says. “The women are choosing to stay with their abuser, because they have nowhere else to go.”

Maison Interlude House planned to build a 24-unit residential project in Embrun and applied for funding from the Canada Mortgage and Housing Corporation in January of 2022, but the request was denied. A second submission, made this past June, was also denied by the CMHC.

“It would have provided much-needed housing in Prescott-Russell,” sighs Lalonde. “Our wish was to have all of the 24 units as affordable housing for the women.”

“Now we have a lot, but not the funds to build.”

While the project is not dead, MIH will have to find another source of revenue to build the units.

“The need is there,” Lalonde says. “Now we have to find the funding.”

“It’s going to be difficult, but in the next year we’re going to be pushing hard to (find a solution).”

Maison Interlude House is administered by a Board of Directors, with volunteer board members representing the five counties of Prescott, Russell, Stormont, Dundas, and Glengarry. MIH relies on its team of more than 25 employees, who are devoted to the elimination of violence against women.

Employees are divided into two teams, both having separate and distinct mandates. The head office and one team is based in Hawkesbury, providing services relating to the shelter. A second team provides MIH Outreach services for six satellite offices in the five counties. All services are free and confidential, and offered in both French and English.

In 2021-2022 MIH received more than 600 calls to its crisis line and more than 5,000 requests for information and assistance. More than 2,100 hours of counseling was provided by MIH staff.

Anyone requiring the services of Maison Interlude House can call 1-800-461-1842 or send a text to 613-801-8169. Chat is available at unsafeathomepr.ca or unsafeathomesdg.ca. MIH can also be reached through its webpage at www.minterludeh.ca, or by email at [email protected]