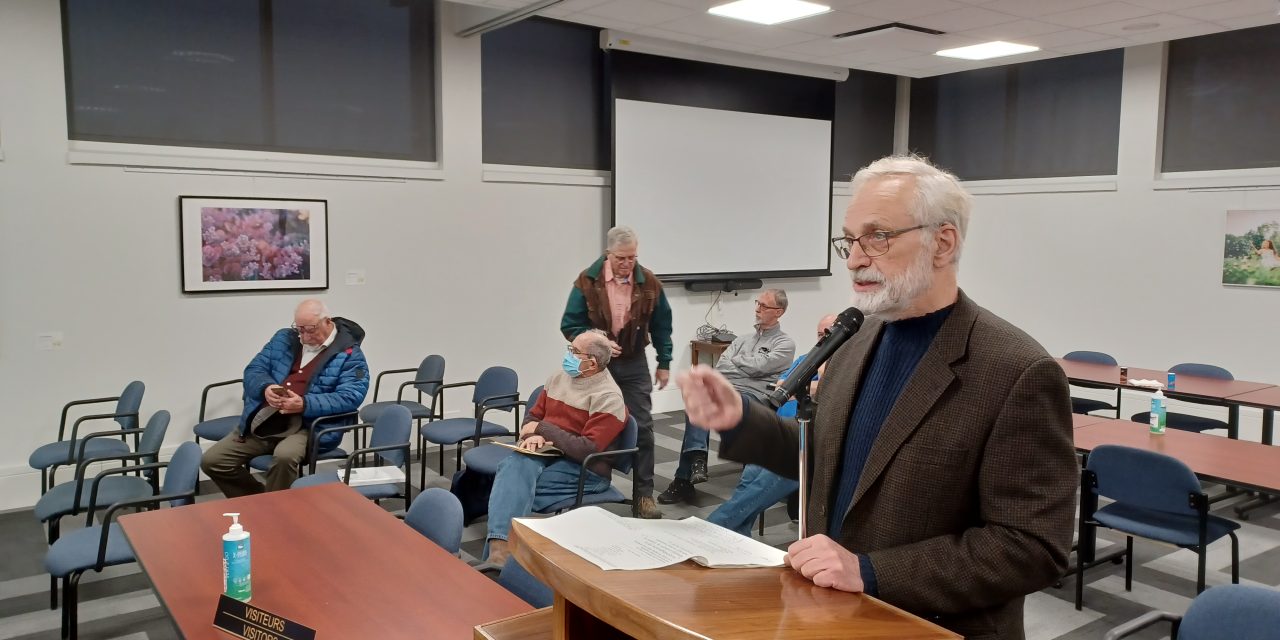 United Counties of Prescott and Russell (UCPR) council wants to see a request in writing, before it decides whether to provide up to $75,000 to support private woodlot owners whose properties suffered extensive damage during the destructive derecho storm which swept across the region on May 21, 2022.

At a special UCPR council meeting held on December 7, a delegation from Boisés Est requested the funds to help rehabilitate their forests. Boisés Est is a not-for-profit forestry organization which represents Francophone private woodlot owners across Eastern Ontario.

He said the greatest concern for landowners is the cost of cleaning up the damage.

“It’s an important financial loss for all of the owners,” St-Pierre remarked.

Safety hazards created by acres of fallen, or partly fallen forests are another concern.

Other concerns the landowners have due to the storm damage, are the destruction of large trees and the increased risk of forest fires and insects.

According to St-Pierre, environmental impacts resulting from the storm damage have led to fewer trees to absorb greenhouse gases, a loss of habitat and biodiversity, and a loss of ecosystems.

He said successful rehabilitation would require soil preparation, selection of appropriate trees to meet climate change resilience, ordering and transport of trees to planting sites, and a plan to control vegetation and invasive species.

Warden Normand Riopel said it is difficult to provide funding at the UCPR level to one specific organization, noting there are provincial programs to support woodlot owners.

Russell Township Mayor Pierre Leroux asked Director of Planning and Forestry Louis Prévost if a free Woodlot Advisory Service still exists for private landowners. Prévost confirmed it does, and that the service is offered by South Nation Conservation (SNC).

Leroux said he does not dispute the importance of the issues being raised by Boisés Est, but he questions the use of tax dollars for private land the public cannot access.

St-Pierre said Boisés Est consulted with provincial officials and learned there are no programs available for their specific needs.

East Hawkesbury Mayor Robert Kirby asked if any of the damage is covered by insurance. St-Pierre said it is not.

Clarence-Rockland Mayor Mario Zanth moved that Boisés Est submit a letter to the UCPR requesting the funding and explaining why it believes the support is deserved. The resolution was seconded by Casselman Mayor Geneviève Lajoie.

The mayors did not commit to making any financial support for Boisés Est a part of the 2023 UCPR budget.

“We have many options once the letter is received,” Zanth said.

Zanth pointed out that when there was severe flooding in Clarence-Rockland in 2019, the city paid for sandbags and sand, but no direct money was given to homeowners. He said once the letter is received from Boisés Est, each of the eight municipal councils should also discuss the request.

La Nation Mayor Francis Brière is concerned financial support for Boisés Est would set a precedent if there were another severe storm.

Lajoie said financial support would be a way of responding to climate change.

“I think this is a precedent that is inevitable to set,” remarked Zanth. He said Clarence-Rockland had three natural disasters in five years and estimated the same number of disasters is likely during the next five years.

“I feel this issue needs more discussion with our own councils,” remarked Kirby.

Council approved Zanth and Lajoie’s motion to request a letter from Boisés Est before any further consideration is given to the funding request.